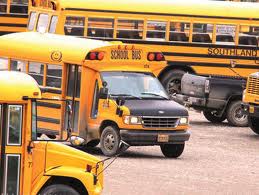 New York City students heading back to school are going to do it once again without school bus drivers and aides.

The city’s school bus strike goes into its fourth day on Tuesday.

The conflict is over the city’s need to rein in spiraling costs against the bus drivers’ goal of keeping their jobs.

The city contracts with private bus companies. It says the city must seek competitive bids to save money. But Local 1181 of the Amalgamated Transit Union wants the new contracts to include job protections for current drivers.

Some buses were running last week because their drivers are not members of Local 1181. The city Department of Education said 2,320 bus routes out of 7,700 were operating.