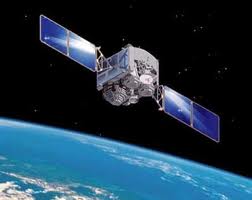 The eighth and most sophisticated Landsat spacecraft blasted off at 1:02 p.m. EST (1802 GMT) aboard an unmanned Atlas 5 rocket from Vandenberg Air Force Base in California. The launch was broadcast on NASA Television.

The so-called Landsat Data Continuity Mission, or LDCM, will join the sole operational 14-year-old Landsat 7 spacecraft in providing visible and infrared images from an orbital perch 438 miles (705 km) above Earth.

The satellites circle the planet every 99 minutes, relaying pictures showing details down to about the size of a baseball diamond.

The images, which are distributed at no charge, are used by federal, state and local governments and planning boards worldwide to monitor crops, assess damage from fires, floods and other natural disasters as well as to track coastlines, glaciers and other areas impacted by global warming.

“LDCM will continue to describe the human impact on Earth and the impact of Earth on humanity, which is vital for accommodating 7 billion people on our planet,” project manager Ken Schwer, with NASA’s Goddard Space Flight Center in Maryland, told reporters during a preflight press conference.

Monitoring food production, for example, is essential to sustaining Earth’s growing population, added Thomas Loveland, a senior scientist with the U.S. Geological Survey, which is partnered with NASA on the Landsat program.

“Our federal programs that map the type and extent of crops needed to understand what the food supply will be and the impact on the market will benefit greatly from this,” Loveland said.

Landsat’s commercial customers include Google, which uses the images in its popular virtual Google Earth program, and the insurance industry which, for example, taps Landsat data to assess risk exposure to wildfires in the western United States and gauge crop production.

The Landsat program has been providing imagery since the first satellite’s launch in 1972. LDCM was built by Orbital Sciences Corp.

Once operational, the satellite, which cost NASA $855 million, is expected to relay 400 images per day to ground stations in South Dakota, Alaska and Norway.

The Atlas rocket is manufactured and launched by United Launch Alliance, a joint partnership of Boeing and Lockheed Martin.