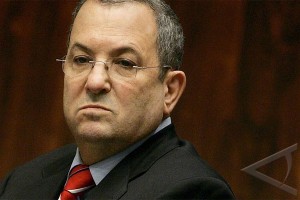 Defense Minister Ehud Barak left for the United States once again. He will be meeting with senior defense officials. According to Walla News, since October 29, 2012, the senior minister has been abroad on ten different occasions including this working visit. It is his fourth trip out of the country this month.

National Security Advisor Yaakov Amidror also left for Washington as well as attorney Yitzchak Molcho, who is the prime minister’s emissary. The two are reportedly working on arrangements for US President Barak Obama’s visit to Israel in the spring.

Undoubtedly the increase in travel of senior defense and security officials to and from Israel over recent months is directly related to the Iranian nuclear threat, the civil war in Syria and the ongoing turmoil in Egypt. Top American officials have visited Israel in recent months and Israel has reciprocated with senior military and defense officials meeting in Washington. IDF Chief of Staff Lt.-Gen. Benny Gantz was in Washington last week as part of the ongoing cooperation between the countries as regional concerns become more immediate.

There is an audible voice of criticism regarding Barak’s current trip as he is stepping down, retiring from politics in the coming weeks.