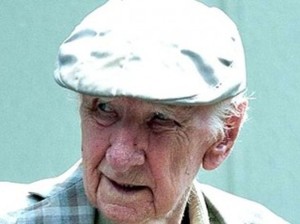 Two senior figures at the Simon Wiesenthal Center have met with Hungarian political leaders to express concern about growing anti-Semitism in the country, including the ongoing failure to bring Hungarian Nazi war criminal László Csatáry to justice.

98-year-old Csatáry is suspected of being complicit in the deaths of thousands of Jews in 1944, and both Rabbi Abraham Cooper and Simon Samuels urged the Hungarian Deputy Foreign Minister and the Justice Minister to press the public prosecutor to move forward to trial.

Last year, after members of Hungary’s far-right Jobbik party called on the government to draw up lists of Jews who pose a national security risk, in a move reminiscent of the Nazi party, a Jewish watchdog has been setup, called the Action and Protection Foundation, with a remit similar to that of the Anti-Defamation League.

So concerned are some members of Hungary’s Jewish community about anti-Semitic violence, which has risen since Jobbik won 47 parliamentary seats in 2010, that around 150 Jewish families are fleeing across the border into nearby Austria each year.