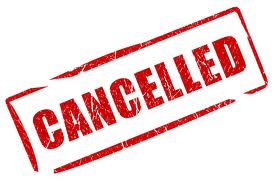 This past Sunday, YWN was the first to bring you the details about a massive Yom Tefillah being scheduled due to the recent developments in Eretz Yisroel.

Now, sources tell YWN that the Yom Tefillah which was being scheduled for this coming Sunday in Lower Manhattan, has been cancelled.

Ads which were scheduled to go into the newspapers have been pulled, and a Kol Koreh with signatures of Rabbonim will not be released.

Some speculate that the reason for cancellation was because of the Boston terror attack, but our highly credible sources in Eretz Yisroel confirm to YWN that Maran Hagon Harav Aharon Leib Shteinman Shlita was against it.

Still, there are others who tell YWN that there was a strong difference of opinion among Gedolim in America if Satmar should be allowed to participate – in light of the recent comments made by the Satmar Rebbe of Kiryas Yoel, that the drafting of Yeshiv Bochrim to the army is worse than the Holocaust.

As previously reported, Gedolim in America would like to create awareness among Frum Yidden in America about the unfolding situation in Eretz Yisroel, where most of the funding for Mosdos Hatorah will be cut by the Government, as well as the possibility of Yeshiva Bochrim being drafted to the Army.

Final confirmation on the cancellation will be forthcoming.