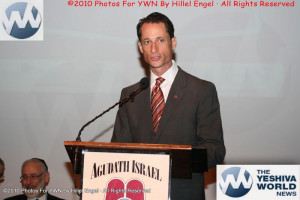 The anti’s are picking up their heads. This week, Anthony Weiner, the considered frontrunner in the race for mayor at this point, slammed political-action committees for throwing money around the mayoral race. The latest attack came after word has a new SuperPAC throwing in a substantial amount of money to influence the September primary.

The Hotel Trades Council, a union backing Christine Quinn for mayor, promised to boost her campaign with a $2 million super PAC.

“Just when you thought that we had seen the last of money dominating New York City politics, a super PAC announced that they were going to dump $2 million into the Democratic primary to sway the election,” Weiner’s campaign mailer says, slamming “anti-democratic special interests.

While Mr. Weiner is banking on voters short memory of his misconduct at the same time highlighting his congressional record to tout his advocacy on the issues dear to the progressive voting bloc, he seemed to have forgotten his embrace of SuperPACs as congressman. According to the NY Post, Mr. Weiner raked in more than $1.5 million from PACs while in Congress.

In Weiner’s 2010 Congress run, facing a tough challenge by Bob Turner, he netted nearly $223,000 in PAC support, the Center for Responsive Politics says. Over 12 years in Congress, he got more than $700,000 in PAC contributions from labor unions and nearly the same from business interests.