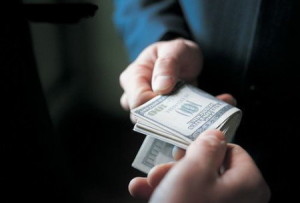 The new corruption commission chasing misconduct in Albany has more teeth than its predecessor two decades ago, but skeptics say the test is whether it recycles rhetoric against persistent Albany corruption or actually bites anyone.

The 25-member commission appointed last week by Gov. Andrew Cuomo has 10 county district attorneys. Unlike a previous Moreland Commission, this panel will be deputized as deputy assistant attorneys general with clear authority to investigate state legislators. Attorney General Eric Schneiderman made nine appointments to the commission.

Like the 1987-89 Moreland Commission, the group is charged with uncovering misdeeds and conflicts and recommending laws.

October 19, 2020 6:21 pm
59
Quick a Jew! Get the cameras fast everyone! The sheer number of reporters flooding the Jewish community the past few days is simply  sickening and...

Bonei Olam Vzakeini 150 Away from the Final Goal! Join the...