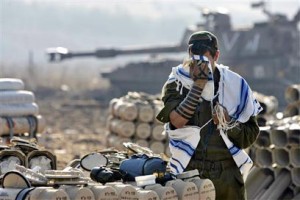 Defense Minister Moshe Ya’alon has decided to reinstate Yeshivat Har Bracha to its former status as a member of the hesder yeshiva network. The senior minister also approved the addition of two new hesder yeshivos, one in Givat Olga and the second in Ofakim.

Then Defense Minister Ehud Barak ousted Har Bracha in 2010 when Rosh Yeshiva Rabbi Eliezer Melamed failed to adhere to his directive when summoned to meet with him. Barak was seeking a “clarification” regarding the rav’s position on the matter of a soldier refusing orders in the IDF if the soldier feels those orders negate Halacha. Rabbi Melamed refused to condemn soldiers who acted in this fashion, leading to Barak ousting the yeshiva.

Rav Melamed realized responding to Barak’s request to meet was not an issue of his personal dignity, but one of Kovod Hatorah and he therefore refused to comply with Barak’s request. He announced the minister is welcome to visit the yeshiva but one does not “summon a rosh yeshiva” in the fashion Barak conducted himself. Despite the hardships and loss of state funds Rav Melamed did not capitulate, remaining true to his Torah derech in defiance of those elements in the government were trying to compromise hesder and the stature of talmidei chachamim.

The Hesder Union praised Ya’alon’s decision, as did Housing Minister (Bayit Yehudi) Uri Ariel, who had warm words for Ya’alon, adding “There was no reason to oust Har Bracha to begin with.”