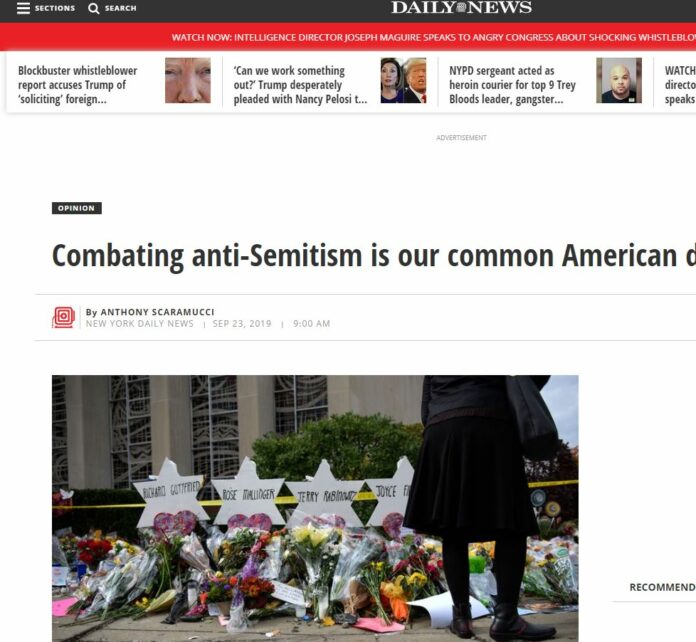 “There needs to be more unity in our nation moving forward. We cannot better our nation and preserve our traditions if we do not work together. And part of that work is standing up against anti-Semitism. So, join me on Sept. 24… On that day, Acheinu, the outreach arm of the educational organization Dirshu, will host its annual prayer event … Regardless of your religious affiliation, I ask that you join us to pray for peace and acceptance.”

Those were the words of Noelle Nikpour, an acclaimed political strategist and frequent Fox
News commentator writing in The Hill, one of Washington’s most prominent political websites.

Nikpour was promoting Acheinu’s day of Jewish Unity that will be held on Tuesday, September
24, the yahrzeit of the Chofetz Chaim.

The Day of Jewish Unity is a revolutionary initiative designed to unify all Jewish People the world-over by engaging in a day of peace and prayer on behalf of the current state of affairs, as the Jewish nation finds itself in a precarious position both domestically and internationally.

No less a well-known figure than Anthony Scaramucci wrote in the New York Daily News this past Monday, “Growing up in a heavily Jewish neighborhood, I attended many Bar Mitzvah celebrations; back then at age 13, it never even occurred to me that I should have to worry for the safety of myself and others while in these houses of worship. It sickens me that today’s 13-year-olds do have these thoughts. The Jewish people have always embraced people of all races and religions; they deserve the same from the rest of America.

“As such, Americans of all faiths should join together on Sept. 24 to celebrate the Day of Jewish Unity, an annual event organized by Acheinu, the outreach arm of the Jewish education organization Dirshu. This event has always been about tolerance, kindness and strength; this year there is the added dimension of us loudly uniting against anti-Semitism — because we have seen where anti-Semitism leads.”

Jeremy Frankel, a well-known political commentator, writing in the resurgent.com, summed it up succinctly, “If one were to ask what our nation’s creed is founded on, a good answer would be E Pluribus Unum,’ Latin for ‘out of many, one.’ The phrase has been our national motto since our founding in 1776 and is found on both the Great Seal of the United States and on our currency. It is a clear symbol of unity, which is something Americans could all use today. So, we must stand together. Acheinu, a branch of the nonprofit Dirshu organization, is giving us the perfect opportunity to do so this Sept. 24 on their annual Day of Jewish Unity, urging Jews around the world to come together in prayer — prayer for peace, prayer for civility and prayer to end the hatred.”

“Each year, Acheinu holds this day in honor of the great Rabbi Yisrael Meir Kagan (a.k.a. the Chofetz Chaim, 1839-1933) and his teachings, specifically his teachings on the evils of gossip and the power of prayer. Each year, Jews from nearly every continent pledge to support one another and refrain from divisive speech. This year’s theme is combating hatred and the global surge of anti-Semitism.”

Perhaps Scaramucci put it best when he wrote, “So on Sept. 24, let us all pray for peace, unity and an end to all anti-Semitism. It’s the American way.”