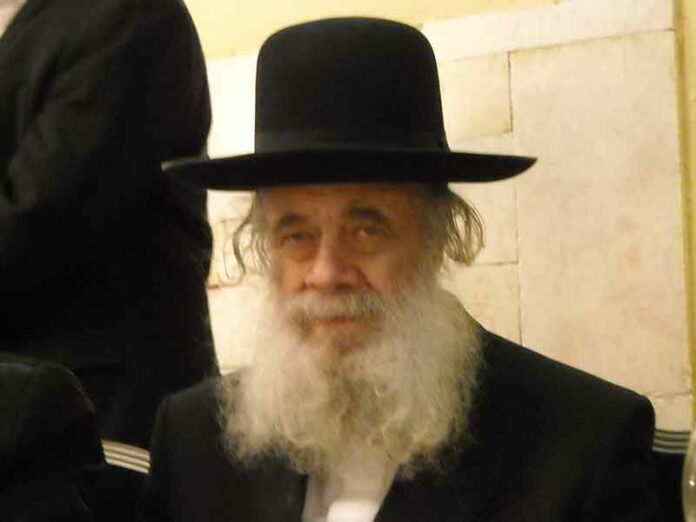 The president misspoke.  He stated that they were going to build a wall in Colorado which borders on New Mexico, but not Mexico.  The media, predictably, had a field day poking fun at him.  Generally speaking, the media is not known for strictly following the midos and value system espoused by Rav Yisroel Salanter zt”l, founder of the Mussar Movement.

AT the other end of the spectrum, let us examine an incident (as cited in Agan HaSahar vol. II p. 195) that occurred with the great tzaddik and Torah luminary, Rav Avrohom Genakovsky zt”l, the Rosh Yeshiva of the Chebin Yeshiva and a former Talmid of the Slabodka Yeshiva.

Once a man was delivering a Dvar Torah at his son’s Bar Mitzvah.  The father wished to bring a proof that the idea of beautifying a Mitzvah is not just limited to beautifying the physical aspects of the Mitzvah such as in (1) making beautiful tzitzis or a (2) beautiful Sefer Torah or (3) a beautiful scribal feather pen [See tractate Shabbos 133b], but it also pertains to the non-physical aspects as well – such as a proper kavana – intent in the performance of a Mitzvah.

The father then attempted to cite a proof from the Mechilta [Parshas BeShalach] to make his point.  He quoted the Mechilta as adding a “Tefilah na’eh” to the list.   The father explained that prayer has no physical object involved in it.  So it must be that his point is true.

The problem was that the word Tefila in this context reerred not to prayer but rather to one single unit of Tefillin.  Everyone gathered began to smirk.  Rav Genakovsky zt”l, immediately rose to speak and praised the father’s thesis that Hiddur Mitzvah indeed does apply to an enhanced kavanah.  Rav Genakovsky, however, deftly  left out the “proof” from the Mechilta.

Immediately afterward, Rav Genakovsky zt”l related a story from the author of the Birchas Shimon who was once at a wedding ceremony, where the recipient of the first sheva brachos recited the words, “shehakol nihiya bidvaro” instead of “shehakol bara lichvodo.”  When the author of the Birchas Shimon received the last bracha, he inauspiciously recited shehakol bara lichvodo followed by the last bracha.  “It was all done beautifully with the utmpst of kavod and no embarrassment to anyone,” concluded Rav Genakovsky.

Now what did this story about sheva brachos have to do with anything?  Rav Genakovsky was very subtly conveying a life lesson to those gathered.  They should do what they can not to smirk or embarrass the father of the Bar Mitzvah boy.  [Parenthetically, the father’s original point is made by Rav Yoseph Lieberman in volume ten of the Mishnas Yoseph on page 157].

We see from here, from the remarkable deportment and leadership of Rav Genakovsky zt”l the lofty heights in which a soul immersed in Torah can achieve.  We also see how very distant people can be from the proper method of Torah behavior.  The contrast between the media’s frenzy over the president’s misstatement and the way a true gadol b’yisroel handled things is a lesson from which we should all take heed.