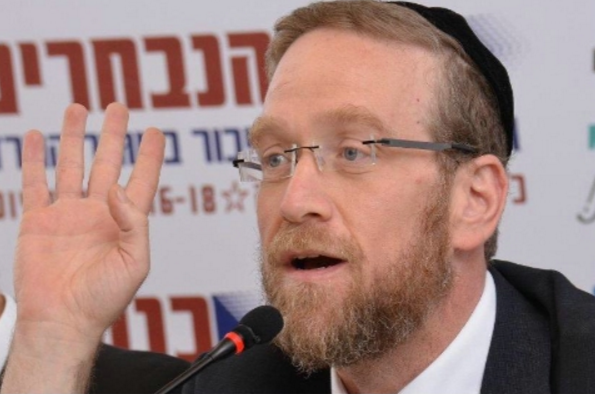 The appointment of former MK Yitzchak Pindrus as Secretary-General of Degel HaTorah was confirmed on Tuesday to Kikar Hashabat by MK Moshe Gafni, following a lengthy delay due to a dispute among the party’s senior members, Kikar Shabbat reported on Wednesday.

The appointment of Pindrus – which was supposed to occur even before the Yamim Tovim but was delayed due to the dispute – now just awaits the approval of the party’s rabbinical committee.

The appointment is to compensate Pindrus for the fact that he lost his position in the Knesset when Yahadut HaTorah, which was originally reported as earning eight Knesset seats following the September elections, ended up losing the eighth seat by a few dozen votes to Likud. Pindrus was number eight on the Yahadut HaTorah list which meant that he didn’t make it into the 22nd Knesset and won’t be paid a salary or receive a budget.

In light of Gantz’s predicted failure to form a government by Wednesday’s deadline at midnight and the likely prospect of third elections, it is highly probable that the 22nd Knesset will be as short-lived as the 21st one and Pindrus will have another chance to make it into the Knesset.

10 Thoughts and Sayings of the Vilna Gaon

‘We Don’t Seem To Learn’: Beirut Explosion Echoes US Tragedy

FRUSTRATION GROWS: Tens Of Thousands In NYC Still Without Power