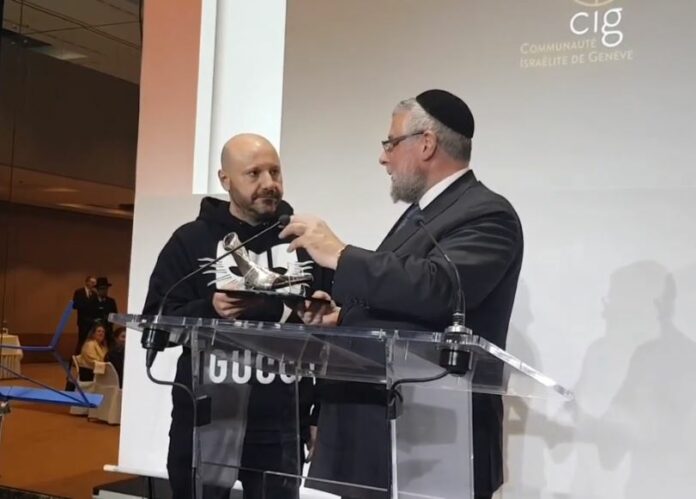 Lebanese businessman Abdallah Chatila received a standing ovation on Tuesday at the Conference of European Rabbis (CER), as well as a gift of a silver shofar for his noble act of purchasing Nazi items on sale in Germany in order to keep them out of the wrong hands.

Rabbi Goldschmidt, Chief Rabbi of Moscow and President of CER, told Chatila that the shofar was an appropriate gift since a shofar was used [in ancient times] to gather people and get a message across and “you did something that the whole world heard about.”

“In the name of the Jewish people, I thank you,” Rabbi Goldschmidt said.

Chatila spent 600,000 euros to purchase the Nazi items and donated them to Yad Vashem in Israel.