The song is performed by master of emotion, R’ Motty Steinmetz, in honor of the Siyumei Hashas, and was composed by the successful Duo, Eli Klein and Yitzy Berry. He is accompanied by The Malchus Choir, directed by R’ Pinchas Bichler. “When Klal Yisroel said na’aseh v’nishma. Hakadosh Baruch Hu said: ‘In the merit of Torah and Am Yisroel, the world will be saved. For the sake of this rose, the orchard will be saved”.

Undoubtedly, this is going to be the greatest hit of this winter. To mark the series of Dirshu Siyum Hashas events worldwide, the greatest Jewish music artists from Israel and worldwide have joined forces to produce a moving and uplifting song that will be performed at the tremendous events where tens of thousands of people completing Shas will participate around the world – in Eretz Yisroel, the United States, Paris, London, Manchester, South Africa, and Belarus.

The song is performed by master of emotion, R’ Motty Steinmetz, and was composed by Eli Klein and Yitzy Berry. He is accompanied by The Malchus Choir, directed by R’ Pinchas Bichler.

The lyrics are taken from the midrash in Vayikra Rabbah, With its special words, the song expresses how those who study Torah protect all of Am Yisroel, particularly now, when we need a yeshuah more than everything else, as is emphasized in thelyrics: “In the merit of Torah and Am Yisroel, the world will be saved.”

“The song’s lyrics and music arouse pride, loftiness, and love of Torah,” explains Eli Klein. “This song has been playing in my head since we composed it about two years ago, and I knew the whole time that it was gold, and we just needed to wait for the right time to reveal it. Undoubtedly, the most appropriate time to launch the song is at the Dirshu Siyumei Hashas events, to be held in the coming months around the world.”

“This is not just another song from an album,” adds Klein. “It’s a song for a historic occasion in honor of the Torah. An occasion with the participation of the Gedolei Yisroel and tens of thousands of talmidei chachomim, who will be completing the Shas. I can think of no greater honor than writing a song for Dirshu – the largest Torah organization in the world, and specifically for such a special and memorable event in honor of the Torah and those who study it.” 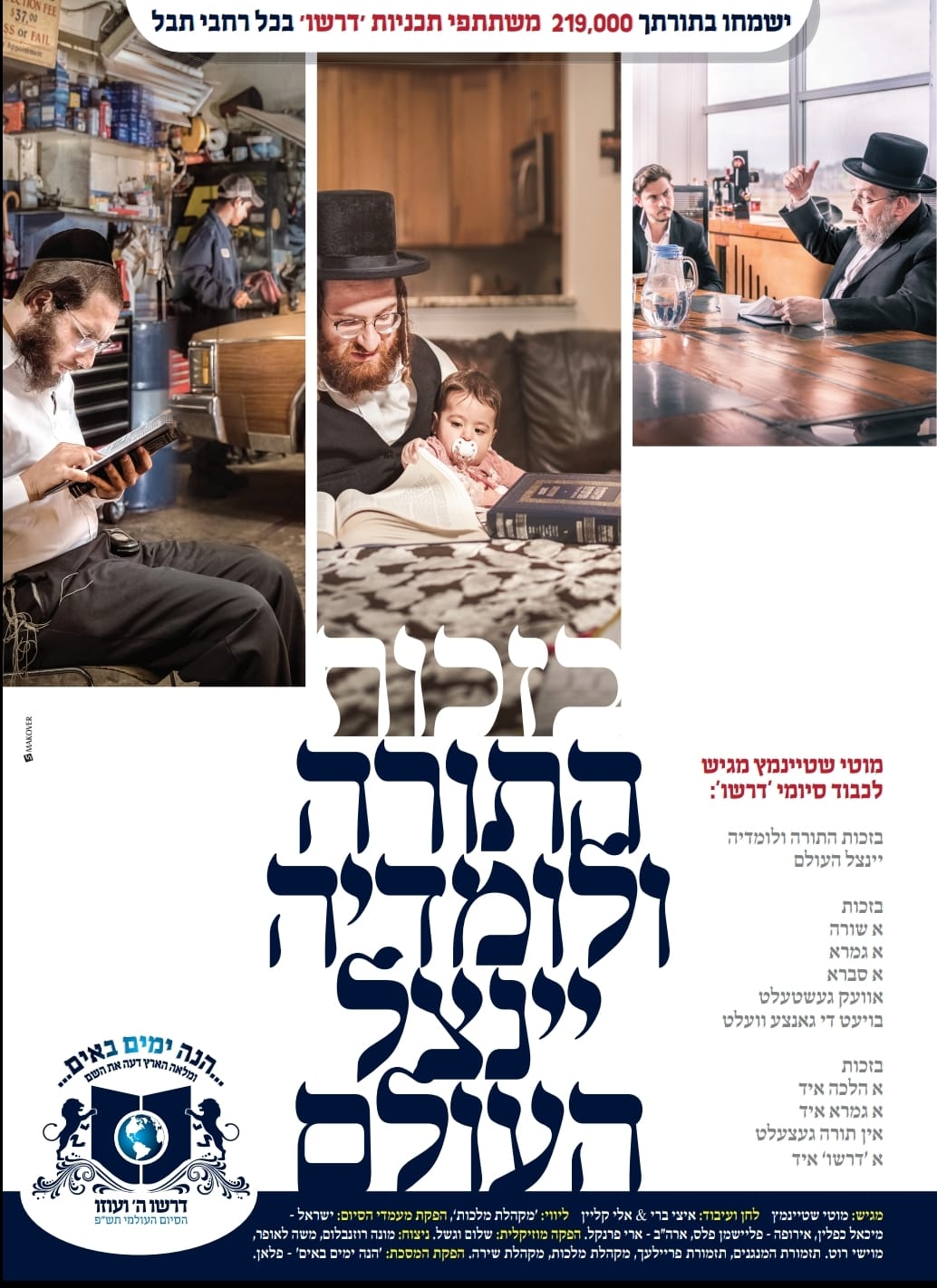