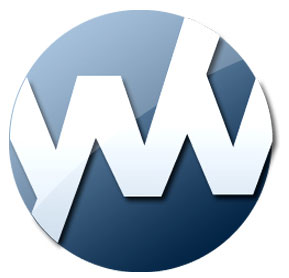 Thankfully, the elections for chief Rabbis is over. The mudslinging, backstabbing and other forms of political warfare have ended. The preferred choice of the Gedolim won both races, this was certainly a point of relief for the Chareidi tzibbur, and a source of anguish for many others. In this article I would not like to say anything about either candidate. I don’t even want to say anything about what would have happened had some of the other candidates won.

What is this idea of voting to choose a Rabbi? The voting body was made up of 150 people, over half are Rabbis, then MKs, and heads of municipalities, and finally, just to prove how Israel believes in equality, 10 women. Thus the decision to choose a chief Rabbi is essentially a democratic process. (Interestingly, whilst Israel is considered a democracy, underlying it is a form of benign dictatorship, run by the Supreme Court, more on this another time).

So what’s wrong with a democratic process in choosing a chief Rabbi? Let us examine what democracy is. Democracy is based on the assumption that all people are equal. Therefore they are given one vote, and the one with the highest number of votes is the winner. However, are all people equal, and is everyone equally qualified to make choices? Take the elections in America, do people vote for their candidate because of his vast economic experience (not like in Israel were they put a TV presenter and Facebook addict as finance minister) or because of the smile, and eloquence of the candidate?

The Mishna at the end of Sotah describes certain phenomena that will occur during the time preceding the Messianic era. Among them, the Mishna says that

there shall be “no rebuke.” No one will be able to stand up to someone

else and suggest that perhaps things could be a touch better. On the contrary if someone tells another to do teshuva, it is Elul after all, he will have his head bitten off, ‘you’re telling me to do teshuva, you should do teshuva’ the other will scream. Or he will shout ‘Its Elul? It’s August and I’m still on holiday, now leave me alone.’

The Mishna also says “the face of the generation will be like the face of a dog.” What is the meaning of this? When you see a man and a dog, on the surface it appears as though the dog is leading the master, the dog is going first, after all. In reality, the master is leading the dog, who looks back to see if his master is there. Rav Elchonon Wasserman says that a leader must be one who guides his followers, one who uses his wise judgement.

However, in our generation, leaders are those who merely follow the whims and desires of the people. Instead of being leaders, they are followers.

In fact, there is a certain country in the world where they often choose a Rabbi with a selection committee. On it are usually people who are barely shomer Shabbos and kashrus, and they decide who will be their ‘spiritual leader’. The root of the matter is that they are choosing, which Rabbi will tell us more of what we want to hear, who will leave us alone. In that country, a Rabbi once got up and passionately tried to exhort the congregation to improve their Shabbos observance. Suddenly a voice shouted out from the back ‘Know who pays your salary!!’

Our Mishna could thus be described as anti-democratic. Democracy assumes that all men are equal, and are therefore given the same voting power. Crucial decisions are thus made following the will of the majority, a seemingly noble idea, as policy in this way follows the will of the people. The problem is that the man with the vote is not necessarily the most well-informed, hence not the best person to be involved in making crucial decisions. Once the candidate is elected, it doesn’t mean that he is the best person to make decisions either; he merely heads a team of advisors and is often a puppet led by the people. He is forced to tow the line to ensure his re-election, regardless of whether it is actually in the country’s best long-term interests. What does the Torah say about such a system? We have to bear in mind that in Temple times, decisions were made by the Sanhedrin. Its members were arranged according to their level of Torah knowledge, from the weakest to the strongest. Having heard the witnesses, they would begin expressing their views. This process would begin with the person with least knowledge and end with the biggest scholar. This was so that no one would be seen to be contradicting the opinion of the greatest of them. We see from here that level of knowledge is crucial in determining one’s right to have an opinion.

Moshe Rabbeinu was worth 600,000 Jews. A democrat won’t like that. If Rav Steinman and Rav Kanievsky tell us something, that is worth more than all the politicians and nobodies put together. Someone will ask that you see the Sanhedrin voted? Yet the answer is that following the majority only applies to judges who are fit to judge. The crucial criterion is level of knowledge and not having a bias in the case. Therefore, if the majority are unfit and biased and the minority are not, then we listen to the minority. The only way to be fit to judge and free of bias is to be free of earthly desires, and this is coupled with holiness and purity. Such a majority opinion we listen to. Otherwise, there is no basis just to listen to any group of people who happen to be a majority. Rav Elchonon says that this is like one who passes an inn, and sees one hundred drunkards rolling around outside. They ask him why he isn’t joining them, as he is in the minority. Similarly, we see that it is only opinions that have basis that count; anything else is like following the one hundred drunkards. Let us take this issue further. The proliferation of democracy imbibes people that all opinions are equal, and the most popular view should be followed. The bigger problem is that this attitude spills outside of politics, and into matters of religion.

Imagine someone sitting at a lecture in advanced physics at Harvard. The atmosphere is tense as the professor explains the finer details of the splitting of the atom. Suddenly, from the back, someone shouts out, “You’re wrong, that’s not how you do it; I’ve got a much better way!” Imagine the gasps of horror, or perhaps the laughter from other listeners at this nobody challenging the top professor. What, then, is the difference in matters of Torah and religion where it seems that everyone is entitled to an opinion, to blurt out whatever they feel like, without the slightest basis, even against leading Rabbanim? Doctors, lawyers and accountants views on Torah, they consider are worth more than the Gedolim. This is an idea

that we have only learned . . . from democracy. Apparently, who should learn and for how long is a matter to be decided by politicians! They, in their own eyes, in a view not necessarily shared by Hashem, are entitled to decide matters of religion. There is a program on the BBC radio called ‘World have your say’. We have another name for it, ‘Any old idiot saying anything about things they don’t have the slightest clue in’. This also manifests itself on the internet (look whose talking), where you have an article, and then anyone can blurt out something, under the guise of anonymity, what often can only be described as kefira, and bizayon of Torah and Talmidei Chachamim. Yet these people will never do teshuva, as in their eyes they are right, in their eyes they are entitled to an opinion. Most likely they even take Chazals and distort them, or use them out of context, to prove their unholy point. This is sometimes known as ‘blogging’.

The opposite of democracy is called emunas chochomim. A key facet of Judaism is that we listen to our Sages, since they are able to interpret Hashem’s word and guide us based on what the Torah says. Only a TalmidChochom can make such crucial decisions. It istheir holiness, purity, and vast knowledge, all of which comes from their Torah learning, coupled with their middos, that gives them this authority. There are no shortcuts. Talmidei Chochomim, therefore, have the ability to see matters with proper perspective, taking all factors into account, rather than being blinded by one factor and then making a decision.

Who knows whether it has ever been harder to serve Hashem. In times gone by, there was a system of hierarchy, and people knew their place and their limitations. People could even accept other people telling them that they weren’t perfect, and could listen to words of truth without running away from them. People understood that without decades of Torah study, they weren’t qualified to offer their opinion. Nowadays, democracy has taught us that all opinions are equal, a banker is considered by himself the same as a gadol, and it is therefore much harder to bend the knee, whether to Talmidei Chochomim, or to the will of Hashem. And finally to return to our chief rabbi election, in an ideal world, the choice of the Gedolim is what counts. Asking a mixed group of politicans and Rabbis, and women to vote is no sure sign that the candidate who is most suited will actually win.

Aaron Yechezkel is an avreich in a Jerusalem kollel