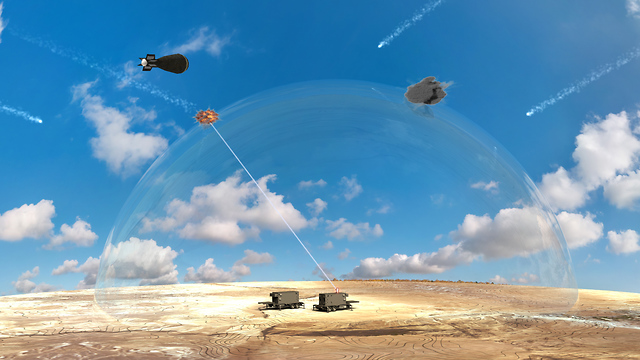 “We have completed a series of tests with a success rate of 100%. The system intercepted all threats, which were simulated in an area secured for the purpose of the experiment. Following the test series, we can confidently say that the State of Israel is highly defended, more than ever before,” said Brig.-Gen. (res.) Pini Yungman, the vice president of Rafael Advanced Defense System, the Iron Dome’s main contractor.

The Iron’s Dome’s advanced Multi-Mission Radar (MMR) is developed by a subsidiary of the Israel Aerospace Industries and its command and control system is manufactured by MPrest, a private Israeli company that produces monitoring and control software.

“When we deliver [the new Iron Dome] to the Israel Defense Forces, the air force will be equipped to confront evolving threats in the region,” said Moshe Patel, head of the Defense Ministry’s Israel Missile Defense Organization.