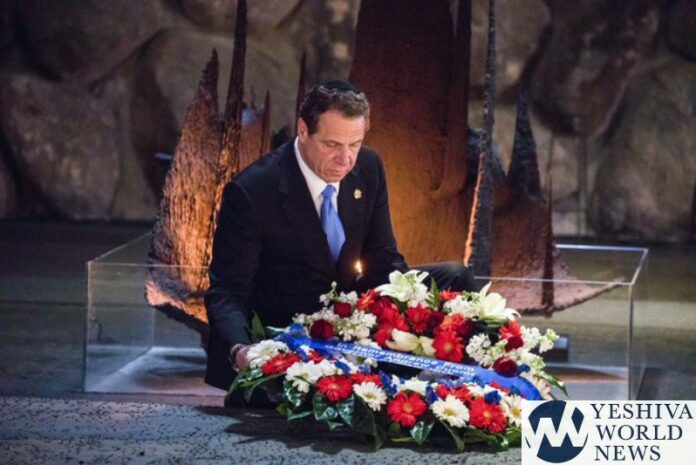 New York Gov. Andrew Cuomo will fly to Poland to attend the 75th anniversary commemoration of the liberation of the Auschwitz death camp, he announced Saturday.

Cuomo, a Democrat, will join leaders from around the world at Monday’s ceremony marking the anniversary of the Jan. 27, 1945 liberation of Auschwitz by Soviet troops.

“The people of New York will never forget the unspeakable Nazi atrocities perpetrated against the Jews, and by participating in this ceremony on behalf of New York State, I will stand tall in honor of the six million Jewish victims of the Shoah,” Cuomo said in a statement, using the Hebrew word for the Holocaust that means “catastrophe.”

Cuomo noted that the anniversary comes amid a rash of anti-Semitic hate crimes in New York and across the country including a last month’s stabbing at a Hanukkah celebration in Monsey, New York.

Cuomo has proposed several measures in response to the increase in hate crimes, including legislation mandating that every student visit a museum that covers topics related to the Holocaust as part of a curriculum on diversity and tolerance.

Tomorrow I'll depart for Poland to represent NY at the commemoration of the 75th anniv of Auschwitz’s liberation & honor the 6 million victims of the Shoah.

After a wave of anti-Semitic attacks, it's more important than ever to show our solidarity & renew our vow to #NeverForget pic.twitter.com/OYFcHYulHL