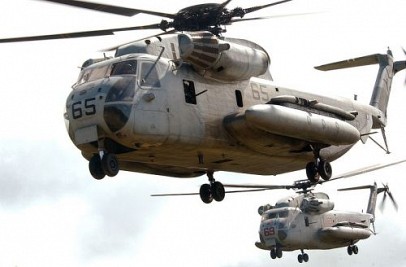 Emergency forces including IDF platoons, the Fire Department, Magen David Adom and United Hatzalah were dispatched to Ma’aleh Amos in Gush Etzion after it was reported that an IDF helicopter was forced to make an emergency landing for an unknown reason.

IDF forces that arrived at the scene quickly took charge of the area and closed it off to civilian rescue personnel.

The helicopter, a Sikorsky CH-53 Sea Stallion, is a heavy-lift transport helicopter and it was assumed that numerous IDF soldiers were on board.

Shortly after the helicopter landed it was reported that there were no injuries suffered in the emergency landing. Approximately two hours later the Helicopter was once again ready to fly and continued its trip back to base unharmed.