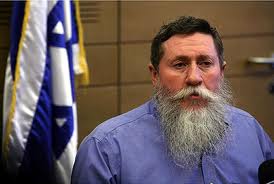 Using his Facebook page to get his message out, former MK Yaakov Katz (Ketzaleh) calls on Bayit Yehudi faction members to convene immediately and vote to oust Naftali Bennett as the party’s leader. Katz cites Bennett’s role in the destruction of yeshivos and the about-to-occur destruction of yishuvim.

Katz refers to the advancing pace of talks between Israel and the PA (Palestinian Authority) as Justice Minister Livni is working to give the PA a deal it cannot refuse in the name of reaching an agreement. Katz warns that in eight months yishuvim will chas v’sholom will be destroyed and the time to act is now.

“Just like Bennett knew about the cut in yeshivos funding and silenced his faction members and heads of his mosdos so nothing would occur, Bennett is now hiding this reality from his colleagues. Bennett is using the same tactics to hide the danger facing the yishuvim”.

Katz details that the Torah World has lost 66% of its funding and Bennett is silent. He urges Bayit Yehudi to act to remove Bennett as party leader while there is time to act. “It is time for Bayit Yehudi to act to correct the injustice, to turn to its natural partner, the chareidi parties in Knesset, those he should have entered the coalition with instead of Lapid.”