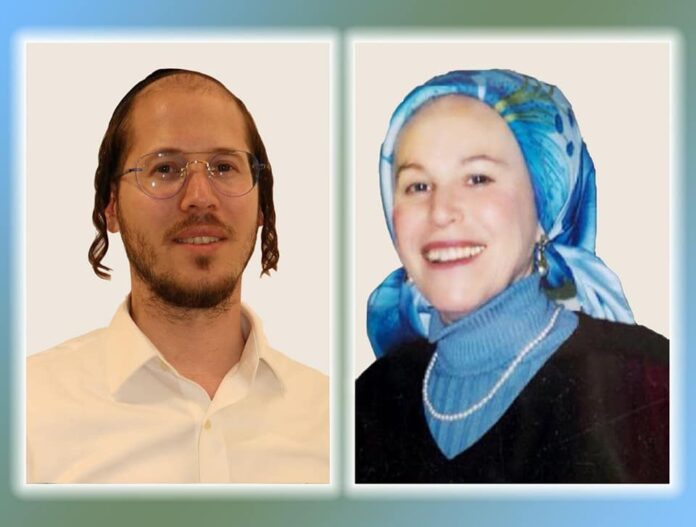 Yoel Schwartz, a resident of Elad who is active in politics, wrote a moving tribute to his mother who was killed in the Egged No. 2 bus bombing in 2003 ahead of Yom HaZikaron –  “Memorial Day for the Fallen Soldiers of Israel and Victims of Terrorism.”

“My mother, z’l, was taken from me in one horrible moment,” Schwartz wrote. “In her death, she left me with two unwritten testaments that influenced me deeply as a child.”

“The first testament: Kibbud horim: One year, there was heavy snow in Jerusalem. The roads were blocked. It was only possible to get anywhere by foot and even that was with great difficulty.”

“My mother wrapped herself up in a few layers, took two umbrellas and walked to the neighborhood where her elderly father lived to give him supper. Even when her siblings begged her not to go, offering to go instead of her, she adamantly refused because fulfilling the mitzvah of kibbud av was of utmost importance to her.”

“The second testament – tefillah: My mother davened a lot. Always. At home, in shul, at the Kosel and at kivrei tzaddikim. She used to go to the Kosel to daven every day. On that terrible day – August, 8, 2003 – my mother went to the Kosel twice. The second time she went was in honor of my starting yeshivah gedolah in Yerushalayim, an event that in her opinion, required her to make a special trip to the Kosel to say Tehillim for my success.”

“On her way home from the Kosel, she got on the No. 2 bus. When the bus reached Kikar Zhvill in the heart of a Chareidi neighborhood, a suicide terrorist blew up the bus, which killed 23 people and wounded 123.”

“I was nearby and I heard a terrible explosion. I thought that it was a bad car accident. The news reported an explosion on a bus but on a different line. I calmed down.”

“I called my mother a few times but she didn’t answer. I called a few hospitals and each one said she wasn’t there. When I called the municipality hotline, they told me that if she’s not in any of the hospitals, I need to prepare for bad news but they didn’t elaborate.”

“Later, family members went to Abu Kabir [Forensic Institute] and they identified her there through the color of the clothing she was wearing that day and a small earring which was still on her ear.”

“I lost my mother when she was 53. She left behind a husband, five children and 11 grandchildren. Ima wasn’t zohech to see me learn in yeshivah. But her warm tefillos left their mark. I believe that I learned and established a home and family in the zechus of her tefillos.”

Schwartz is an active member of “Bochrim B’Chaim” – an organization for bereaved families.