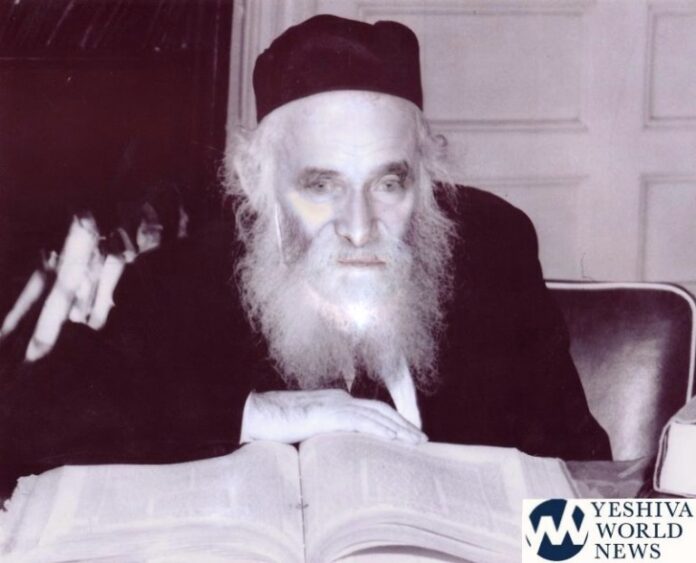 The following letter was written by Rav Aharon Kotler zt”l to his in-laws in Eretz Yisroel when the Kletzk yeshiva was attempting to escape from Nazi-occupied Europe.  Rav Aharon attempted to get the Yeshiva to emigrate en masse to Palestine, as can be seen in this letter.  Ultimately, this attempt failed.  Many Kletzk alumni did get to Siberia. Another notable aspect of this letter is in how he signs it.  A devoted and loving son.  Rav Aharon was orphaned at the age of 3 and 10.

Honorable Father-in-Law, the Gaon and Gadol Shlita, and my precious and chashuvah mother-in-law, may she live, Bracha and Shalom and kol tuv forever,

After asking of their good well-being with profound live and wishes of peace to the entire family, may Hashem protect them and watch over them,

We have received the letters of Adar Bais, (March) as well as the letter of our good friend, Reb Yitzchok Epstein, may Hashem protect him and watch him. [Rav Epstein is the son of Rabbi Moshe Epstein one of the Rabbonim of Kletzk who moved to Eretz Yisroel in 1935 through the efforts of Rav Aharon, who told him to try and be around Rav Isser Zalman as much as possible]/  You are already aware of the core issue, that while it is yet unclear as to the possibility of transferring the Bnei HaYeshiva, May Hashem protect them and watch them, to our Holy Land, it is impossible for me to travel just by myself.  If you were here you would also agree thus, for it is impossible otherwise.

Your main concern, that it will be impossible to extend our certificates, if we had no choice, we will also have certificates for ourselves from the Yeshiva’s.  And if, heaven forbid, they will not be obtained, we cannot consider in the current situation to travel ourselves. Moreover, I am confident that there will be further opportunity to extend the certificates..

With Hashem’s help, they will receive the certificates.  If it will not be possible for the entire list if I can ask to prioritize those who are in especially difficult times, firstly the son of our Mashgiach, HaRav Michoel Nenendik, may Hashem protect and keep him and his family, that is, his wife and one year-old son.  He is still in Voholyn, and through the certificates it will be possible to get government permission to transfer them here.  This is a matter of true Pikuach Nefesh for them all.  He is also an only son to him.  The details are listed on the other side.

Also for the two sons of Rav Lipman Rakov, one of whom is learning in Kelm and another in Telze – you will certainly remember – he did a number of favors for the Yeshiva.  Also for Rav Pinchas Stolnitz and certainly for Rav Nenendik.

Boruch Hashem we are all well.  I have already written to you that from the time we moved here [to Yanovah] we are most satisfied – the place is very suitable for learning and Boruch Hashem they are all learning well.  I began, b’ezras Hashem to say some shiurim in Z’rayim, but I think I wrote to you about this already.

Please extend my greetings with love to my brother in law, Moreinu haRav Tzvi Yehudah Shlita [1899-1969] and to his wife, I received his letter.  Please extend greetings to my brother in law HaGaon Rav Yitzchok Meir [Petziner, Rav Isser Zalman’s son-in-law 1898-1960] and to Sara Pesha may she live, and to Reb Shraga Finkel shlita and his wife, Hashem should watch and guard them.

Your son, who loves you, and blesses you with all good forever, and a Chag Kasher and with Simcha, who desires to see you,