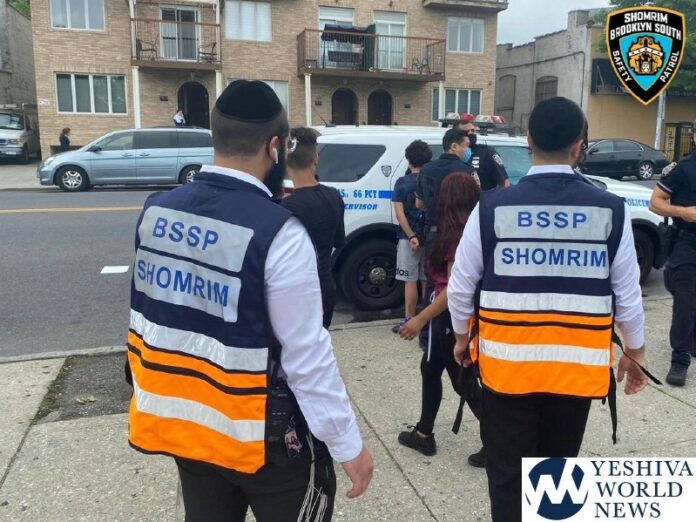 A young thug was arrested in Boro Park on Tuesday afternoon, after two violent incidents.

Sources tell YWN that Boro Park Shomrim received a call on their hotline reporting an attempted robbery of Yossies Heimishe Bakery on 18th Avenue and 57th Street. The owner of the establishment says a young teen walked into the bakery and demanded the money from the cash register, and claimed he had a gun in his backpack. The store-owner told him to get lost, and the suspect left the store.

Shomrim canvassed the area, and located him inside the 18th Avenue Park.

At this point, the NYPD had arrived, and Shomrim pointed out their young suspect to authorities – who promptly arrested him.

He will likely be released in 15 minutes, and given tickets to a Met’s game – thanks DeBlasio.