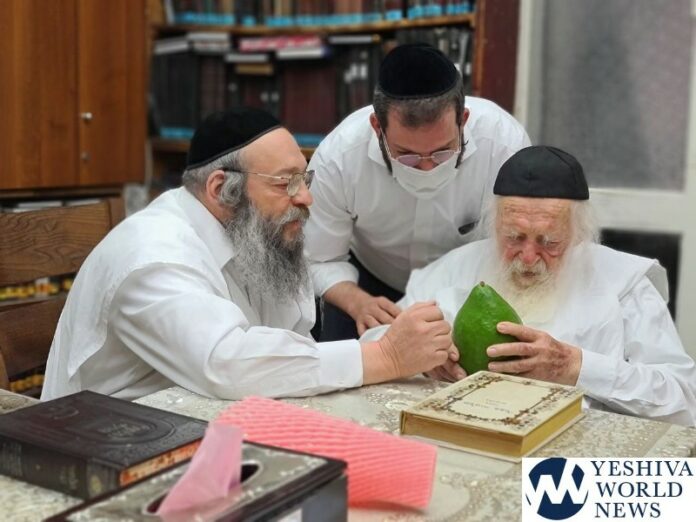 Hagaon Harav Chaim Kanievsky selected an esrog for Sukkos ahead of Tu B’Av, which falls out on Tuesday night and Wednesday this year, in accordance with his yearly minhag, B’Chadrei Chareidim reported.

HaRav Chaim adheres to this minhag according to the mesorah he received from his father, the Steipler, z’tl.

HaRav Chaim requested of his bnei bayis to store the esrog in an appropriate place and warmly thanked the owner of the orchards who sent the esrogim.

According to the Mishnah: “No days were as festive for Yisrael as Tu B’Av and Yom Kippur.” Chazal say that on Tu B’Av, the decree that all members of Bnei Yisrael from the Dor Hamidbar would die due to the sin of the Meraglim, ended. Just as Yom Kippur atones for Chet HaEgel, Tu B’Av atones for the Chet Ha’Meraglim.

Tachanun is not recited on Tu B’Av and it is the day we begin preparing for Chodesh Elul, as the days begin to get shorter. In the past, there was a minhag to begin wishing others Kasiva V’Chasima Tova on Tu’ Bav.