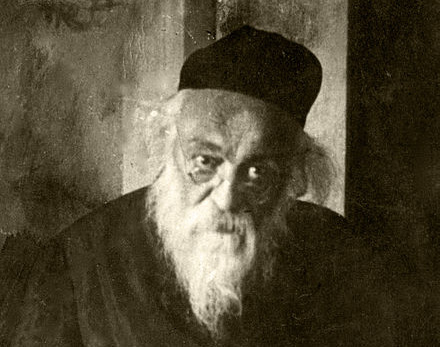 There are two versions of Rav Chaim Soloveitchik zt”l’s humorous rejoinder (also known as either a joke or a subtle shtoch).  Both of the versions involve a discussion of Rav Chaim’s aversion to the overdoing of the notion of a Chakirah.  There is the version provided by Rav Shlomo Yoseph Zevin z”l in his sefer, “Ishim v’Shitos” and there is the version I had heard that differs slightly.

Both versions leave out the Gaon’s name – in apparent deference – perhaps to the laws of Lashon haRah.  But the truth is that it is not so simple that the other position is reflective of excess – in the concept of a Chakirah.

As far as the actual joke is concerned, we can ask four questions:

Somewhere in the Pale of Settlement, Rav Chaim Soloveitchik was at an inn – where he met a certain well known Gaon who attempted to answer a number of difficulties by proposing that marriage can be looked at as an institution that continuosly renews its chalos – its “sanctioned legal status from shamayim” – so to speak.  After the Gaon offered this explanation, which in Rav Chaim’s view was an overuse of the idea of klerring chakiros, Rav Chaim responded, “In that case, I must now offer you a Mazel Tov.”

ANSWERING THREE OF THE QUESTIONS

Which is more accurate?  Normally, we might be tempted to go with the Rav Zevin version, as his maamarim are more carefully researched than a mere shmu’ah. On the other hand, the other version is the one that is more well known.  So we are left without clarity here. Which is funnier?  That is a matter of opinion – I am with version two.

WHO WAS THE GAON?

Who was the particular Gaon in question?  It seems that it was none other than Rav Yoseph Rosen zt”l the Rogatchover (1858-1936), who, by the way, was Rav Chaim’s chevrusah (1853-1918) when they were both very young – even though Rav Chaim was five years older than the Rogatchover.  They learned together for a year in Brisk in 1871. The Rogatchover was nicked the “Ilui HaChatzuf.”

Now that we know who it was – let’s try to unfold his reasoning.  We must first realize that the Rogatchover was referring not to the wedding itself, but to the nature of the shibudim involved.  A shibbud in the term used in halacha for a lien or a potential lien.  Marriage, in the view of the Rogatchover, creates a unique type of obligation that can be understood as a constantly renewing lien.  He cites numerous proofs to his reasoning in Tzafnas Paneach on the Rambam 11:5. Before we get to his proofs, let’s give a brief explanation or analogy from American law.

When a lien on a property or item is recorded in the county registrar – the rule of thumb as to who has precedence is FIFO – first in, first out.  However, depending upon state and federal laws, there are certain liens that have priority over others – even ones that are filed earlier.  What are they?

By way of analogy, the Torah wanted to ensure that the obligations incumbent on a husband have a certain precedence.  In order to make that happen, the Torah would create a halachic structure to that type of idea.  The structure would be of a shibud – a lien that constantly renews – with whatever advantages and drawbacks that structure would entail.

There is a Rambam in Hilchos Ishus 3:23 which rules that if one did airusin – and a blessing on kiddushin was not recited – doing so later is a bracha levatalah.  In Ishus 10:6 where teh Rambam is discussing birchas chasanim (i.e. Nissuin) – he can recite the bracha.  – even after a few days.

Why is this so?  If you compare the idea to Rambam hilchos brachos 11:5 – if the Mitzvah continues onward – it is NOT a bracha levatalah.  This is one proof that the Rogatchover has that the Rambam holds there is a constant renewal of the shibud of Nissuin.

In Hilchos Geirushin 11:28, the Rambam also distinguishes between airusin and nissuin regarding the prohibition of marrying a nursing mother.  If it was engagement, one doesn’t force a breakup.  For marriage – one does force a breakup.

The Rambam in Hilchos Geirushin 10:23 discusses a wife who has become a halachic shotah – a period of insanity.  He writes that, by Rabbinic edict, he is not permitted to divorce her until she recovers.  This is so that she not become hefker – so to speak. At the same time, the Rambam adds that the husband is, by Torah law, exempt from his obligations toward her during her period of insanity.  The Raavad disagrees with this and asks why he would be exempt from healing her.

The Rogatchover in his Responsa Tzofnas Pane’ach Vol. I #22, writes that we can understand this Rambam based upon the idea that the husband’s shibud to his wife is a continuous one.  That being the case – from a Torah standpoint [prior to enactments of the Rabbis], the man can divorce her even when she is in a state of insanity.  The question is how can she accept her get by Torah law?  The Rogatchover explains this because the husband’s shibud or obligation to her is one of constant renewing.  It is only renewed, by Torah law, when she is in a normative state.  If she is in a state of insanity how else would it work?

These are just a few of the proofs the Rogatchover cites that the Rambam had this view of the shibudim of Nissuin – but not airusin.

Now that we have a stronger understanding of the Rogatchover – what would Rav Chaim’s position be?  It could very well be that in the discussion in that anonymous inn somewhere in the Pale of Settlement centered around the issue of the brachos of the wedding.  Rav Chaim could possibly have felt that while it may be logical for the Rambam to view the shibud as constantly renewing – the Rogatchover’s invoking the proof from brachos indicated aspects of the wedding itself – and not just the shibud aspect of the husband’s obligation.  It was to this aspect that Rav Chaim found untenable.

GOING BACK TO THE ROGATCHOVER

What then would be the view of the Rogatchover?  Why would he tie in the idea of the bracha of Chasanim if he just meant to invoke the lien aspect of things?  It could be that he felt that since a shibud is part of the idea of marriage – it shleps it along regarding brachos too.