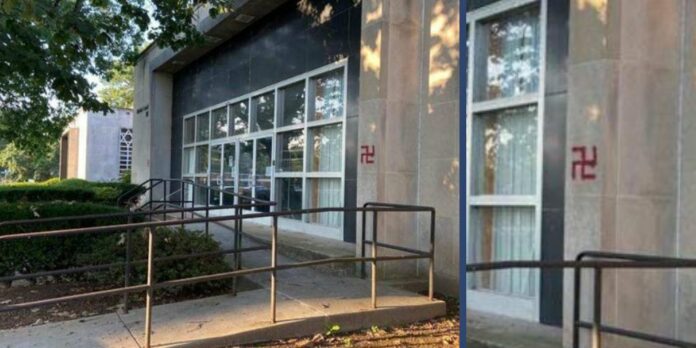 Harrisburg, PA – A Harrisburg synagogue community on Monday was responding to an act of hate that brought out law enforcement and the FBI.

Rabbi Elisha Friedman said he arrived at the synagogue on Monday morning to find the pair of red swastikas painted on both sides of the brick wall that flanks the front entrance. Authorities believe the vandalism happened sometime overnight, he said.