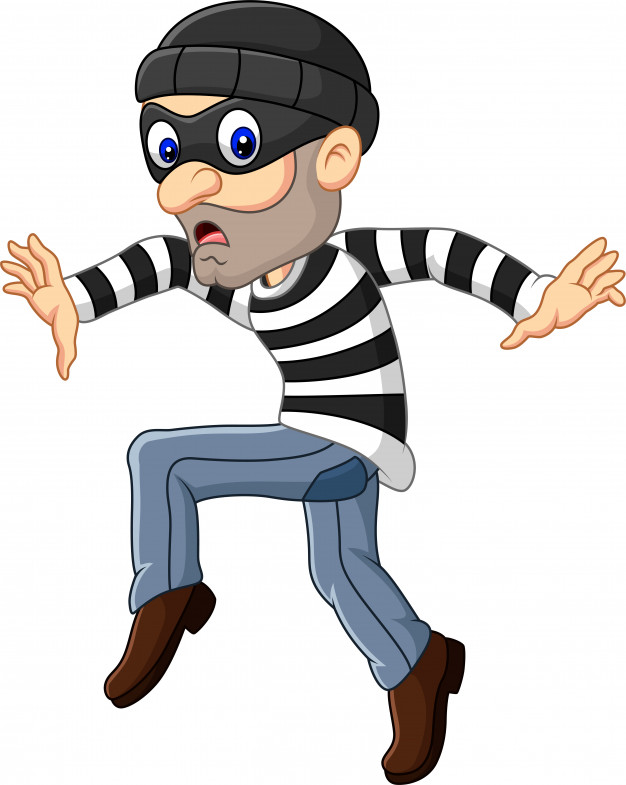 Before we get to the halachic question – please heed this warning:  Never allow others to open up credit cards or credit lines in your name. Even if it is a “no lose opportunity” – just don’t do it.  It won’t turn out well.

And now, onto the question:  When is it permitted to act upon a possible thief or con-man in our midst? When can we warn others about possible-Ponzi schemers and the like?

A case in point:  An employer believes that his employee has “sticky fingers.” Can he fire him?  Can he force him (where it is legal to do so) to take a polygraph examination? Also, what is the status of a polygraph exam in Halacha?

Another case in point: A person is suspected of taking investment money from people on false pretenses based upon the direct allegations of several trustworthy people. Can the person be identified publicly as a public service warning to others? More importantly, what is the criterion in which one can do so?

The following is this author’s understanding of the halacha.  One should, of course, always consult one’s own halachic authority upon any matter that pertains to actual halacha l’maaseh.

A good place to start is the Shulchan Aruch and its commentaries.  The Ramah (CM 421:6) rules that a person who has an employee and suspects that he will steal from him may terminate him prior to the termination of his employment contract.  The Erech Shai on location (written by Rabbi Shlomo Yehudah Tabak, the Av Beis Din of Sighet) asks how can this be?  Based upon this ruling, any employer would be able to fire his employee if he found someone that would work cheaper simply by stating that he is concerned for a theft!  The Erech Shai answers that it can only be done if he brings proof that the employee is a thief or if there is raglayim ladavar – a strong indication to that effect.  The Erech Shai is not the only one who understands the Ramah in this manner.  Other Acharonim do so as well.

We find that the Rambam (Hilchos Genaivah 5:10) is a strong advocate of the idea of “raglayim Ladavar.”

According to the Sefer Chofetz Chaim (Hilchos Lashon HaRah 7:11), if one’s intentions are truly to save others from losing money – one may relate the facts of the situation without embellishment.

Rav Elyashiv zt”l ruled that the polygraph test has the status of a “Rov” – a majority, in halacha.  The ruling is cited by his son in law, Rav Yitzchok Zilberstein in Chashukei Chemed Bava Metziah 37a).  A polygraph certainly has the status of raglayim ladavar.

There is also a fascinating Panim Meiros (Vol. II #155) which cites the aforementioned Ramah and further states that although based upon “raglayim ladavar” one can actually use physical violence – one may still not use this level of evidence to permit going to the authorities against this person – out of a concern that he will incur a capital punishment.  Rav Elyashiv zt”l (Kovaitz Teshuvos Vol. I #198) used this Panim Meiros to permit a shul to go to the authorities regarding someone who steals Pushkas from a shul.  This is also indicated from the words of Dayan Weiss zt”l in Minchas Yitzchok Vol. IX #9 s.p. 2 (as cited by Rav Asher Weiss in Yeshurun #15.)

HOW IS A RAGLAIM LADAVAR DETERMINED?

A rather pertinent question is how exactly do we determine the parameters of raglayim laDavar?  There is a responsum written by Rav Nissim Karelitz Shlita to one of the Dayanim of the well-respected Baltimore Beis Din, Rabbi Mordechai Shochotowitz, dated 4 Kislev 2008 that states that one may only go to arkaos based upon a written ruling from an experienced bais din and only after the other side had opportunity to present its case.   Rav Karelitz thus gives three requirements:  1] The ruling must be written 2] It must be written by an experienced bais din. 3] The other side must have been given the opportunity o respond to the allegations.

Although these three requirements are quite prudent, it is unclear to this author whether other Poskim agree to these three criterion based upon the aforementioned Panim Meiros.  At times, in regard to financial matters especially, “time is of the essence” is a factor and renowned Gedolei HaPoskim have issued something called an Ikul – a temporary injunction so to speak – which would allow one to go to court without having met these three criterion.

Professional con artists are quite adept at “gaming the system.”  They can deftly utilize the combination of the laws against going to arkaos and relating “lashon harah” to milk people of their hard-earned money.  Unfortunately, media outlets who had originally tried warning the public against such dangers – were “put in their place” by well-meaning individuals who trusted and believed the Ponzi-schemers.  Ultimately, these outlets were so embittered by the experience that they stopped their efforts in publicizing the warnings.

Sadly, immoral individuals have often applied the following 5 step method to ripping off substantial funds from members of our community for years.

The above, is not a cynical view of the world.  It is, unfortunately, a scenario that has been repeated numerous times.  It is more prevalent than it should be, in this author’s view, because people are almost entirely unaware of a Torah obligation that is incumbent upon all of us.

Yes, there is a Torah obligation upon all of us to prevent the proliferation of Ponzi schemers and rip-offs within our community.  It is called the obligation to be “chas al mammon yisroel” – a fulfillment of the Torah Mitzvah of “v’ahavata larayacha kamocha.”

The Gemorah in Moed Katan 27b tells us that when Jews were burying their dead in the finest clothing, Rabban Gamliel HaZakain arose and declared that enough was enough. The rising pressures, the “keeping up with the Joneses” in how to dress the deceased was causing enormous economic pressure on the living. “It must stop,” declared the rabbi, and the tachrichim, burial shrouds, we now use became the norm.

The great Tzemach Tzedek (of 17th century Poland), cited by the Mogain Avrohom in the beginning of hilchos Shabbos, once ruled (responsa #28) that when local fishermen collude and lift up the price of fish excessively, a prohibition can be levied upon the consumption of fish on Shabbos. It may take a week or two or even three, but eventually the collective buying power of ordinary people would force the price back down.

We will see, however, that it is not just great Torah leaders who have saved and are concerned for the financial well-being of their fellow Jews. It seems that this is what is expected by the Torah of everyone.

The Gemorah (Menachos 76a) tells us that Hashem commanded Moshe to also feed the nation’s livestock from the water that He had caused to come out from the rock at Mei Merivah. Also, Rashi (Rosh Hashanah 27a) points out that the kohain first removes the vessels from the house before declaring a house impure. So we see examples of the Torah being concerned with the financial well-being of the Jewish nation.

FOR THE PUBLIC AND FOR PRIVATE INDIVIDUALS

The difference between the two cases is that the former is for the entire nation, while the latter demonstrates that the Torah is concerned even for the individual’s finances.

The Chasam Sofer on Bava Basra (54b) states that, generally speaking, one can make the assumption that fellow Jews are concerned with the monetary well-being of their fellow man, and that this assumption has legal ramifications. So we see that it is the normal behavior expected of all Jews.

Rabbi Yaakov ben Asher, author of the Tur, discusses (in the Choshen Mishpat section of Shulchan Aruch, chapter 35) a person who does not care about Jewish money.  He writes that such a person will, in the future, surely answer for it. The Minchas Chinuch writes that one who is concerned about the preservation of his fellow Jew’s money fulfills the Biblical commandment of v’ahavta l’rei’acha kamocha (see his commentary on that mitzvah).

The clear indication from these sources is that demonstrating concern for the financial well-being of others is not just a mitzvah, it is an expected social norm with reward for those who do it and punishment for those who do not.

May Hashem help us in ensuring that such activity be eliminated from within our community and our country.

Volume Nine of Rabbi Hoffman’s “Not Your Usual Halacha” series is now available on Amazon.  Click here to order!