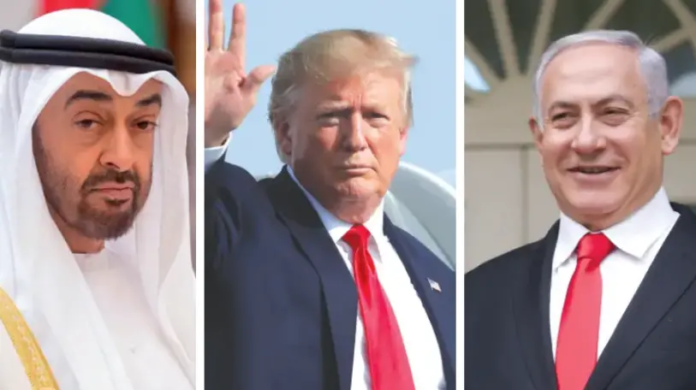 Some people have seen the recent news of an announcement of a peace agreement between the United Arab Emirates and the State of Israel and are ambivalent about it.  “Big deal.  Who cares?” – has been some of the typical reactions.

This article will argue that this is not the reaction we should be having.  Rather, there are, at least 7 good things that can come about from the agreement.  It is wrong to receive a favor from Hashem and let it go without appreciation.

Showing appreciation and recognizing the good that Hashem does for us is a key aspect of Torah and Avodas Hashem.  It goes back to the very beginning of human history.  The Midrash tells us that Odom HaRishon consuming from the Aitz HaDaas was not his fault.  Chava essentially forced his hand to do so.  That being the case, why was he punished?

The Midrash, as understood by the Alter of Slabodka (See Ohr HaTzafun p. 21), answers that it was because of the lack of appreciation that Odom HaRishon had expressed to Hashem – when he answered Him.  He said (Bereishis 3:12), “The woman that YOU GAVE ME, fed me to eat of the fruit.” The Gemorah in Avodah Zarah 5b states that it was a grave error.  Really?  That woman was a gift to you for you to improve yourself.  Where is the appreciation?  The Alter explains that this fatal lack of appreciation was what caused man’s descent.  It changed the Divine Plan for humanity.

In the Dayeinu section of the hagaddah, there is a question that many people ask.  The words state, “Had You just brought us to the foot of Mount Sinai and not have given us the Torah – it would have been enough.”  How could we say such words?  Life without the Torah is like a fish without water!

The answer that the Baalei Mussar give is that the Dayeinu is designed to engrain within us a sense of appreciation for each and every step that Hashem has given us.  Things do not just happen.  If someone throws you a party – there is a lot that goes into it.  There is the planning, the food purchasing, the venue, the work that goes into the presentation that was made, the cooking, etc.  The Dayeinu helps us get into the frame of mind of appreciation.

Let us remember that each day, we daven for shalom.  We daven for it in every Shmoneh Esreh and in every Kaddish.  Peace is a remarkable gift.  It is a gift that should be appreciated.

These seven things are very positive developments and we should express our deep hakaras hatov to Hakadosh Boruch Hu for what He has done for us here.  It should uplift both us and our davening.

Let us recognize the significance of this – it is only the third time that an Arab nation has signed or agreed to sign a peace agreement that recognized Israel and developed relations with it.

The first time was on March 26th, 1979.  That was when Egypt and Israel signed a peace treaty in Washington DC.  Those that signed the treaty were Prime Minister Menachem Begin and Egyptian president Anwar Sadat.  It benefited Israel’s safety and that of its citizens tremendously as well as its economy.  It was nudged along by President Jimmy Carter.

The second time was on October 26th, 1994.  That was when Jordan and Israel signed a peace treaty in a ceremony held in the Aravah Valley of Israel, north of Eilat and near the Jordanian border. Those that signed the treaty were Prime Minister Rabin and Prime Minister Abdelsalam al-Majali.  Those that shook hands were President Ezer Weizman and King Hussein. It was nudged along by President Bill Clinton.

The third time was agreed to be signed on August 13th, 2020.  It was negotiated by Prime Minister Netanyahu and Abu Dhabi’s Crown Prince Sheikh Mohammed Bin Zayed.  It was nudged along by President Donald Trump.

Both of the previous agreements have, by and large, worked.  Prime Minister Netanyahu announced that this is the most significant development for peace in two decades.  In one sense, it may be even more significant than the developments with Egypt and Jordan.  While the governments of both of these countries recognize Israel and encourage ties, the peoples of the two countries still hate Israel.  In the UAE – the people welcome it – like their government does.  This is also something that we should express Hakaras HaTovv to HaKadosh Boruch Hu for.  Let us also remember that there are two shuls in Dubai.