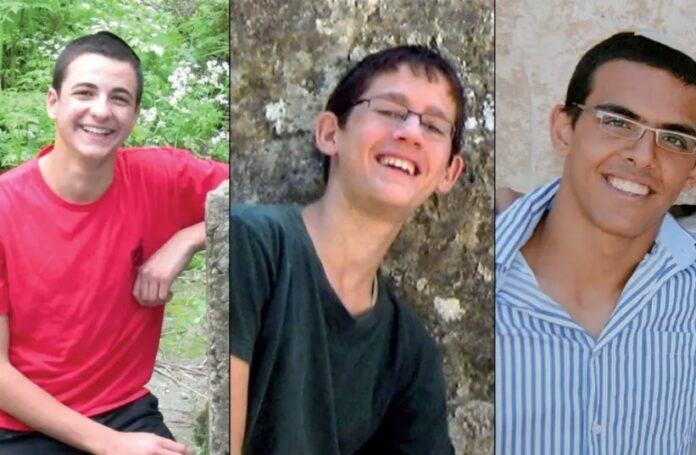 Six years after the kidnapping and murder of three Israeli teenagers, their families are suing Hamas for NIS 520 million ($155 million).

The kidnapping and murder of Naftali Frankel, Gilad Shaar and Eyal Yifrach by Hamas terrorists six years ago resulted in the 2014 Gaza war, Operation Protective Edge, which ended with 67 IDF soldiers dead.

The goal of the lawsuit, filed by the Shurat HaDin legal organization at the Jerusalem District Court on Sunday, is to halt the transfer of money from the Palestinian Authority to Hamas.

According to a study conducted for the prosecution by Lt.-Col. Alon Eviatar, an expert on Palestinian affairs and former Palestinian adviser to the Coordinator of Government Activities in the Territories (COGAT), the Palestinian Authority transfers between $50 million and $100 million to Hamas on a monthly basis.

The report said that the money is transferred to Hamas government offices in Gaza as well as various bodies in the Strip that are under Hamas’ control.

“What the state is unable to do – stop the hundreds of millions of dollars flowing into the Hamas organization from the Palestinian Authority – the victims of terrorism will succeed in doing.”

“This lawsuit, of course, does not cure our pain, reduce our grief, or diminish our longing for our children,” a statement by the boys’ families said. “If the lawsuit has the power to deter even a little of these evil forces, then that will be our compensation.”