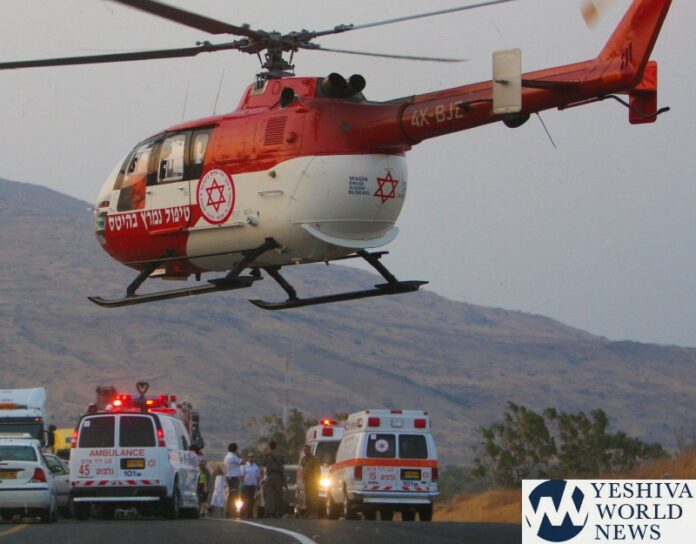 Aman in his 60’s was seriously injured after he fell off of the train platform and onto the tracks at a Haifa train station. The train, which was passing through the station at the time, struck the man causing him serious injuries. It is unclear what caused the man to fall onto the tracks.

Israel Railways issued a statement that said the man was walking along the edge of the platform while busy on his phone. He was injured when the train began to move.

Rescue teams who arrived at the scene treated the man for his injuries and transferred him to Rambam Hospital. Traffic investigators from the police department began an investigation into the incident.

United Hatzalah volunteer EMT Aharon Horowitz who was one of the first responders at the scene said, “We treated the man together with an ambulance team from United Hatzalah that arrived at the scene. After receiving initial treatment he was transported to Rambam Hospital after having suffered a multi-system trauma. According to passersby who witnessed the incident, the man slipped onto the tracks and was thus hit by the train as it passed.”