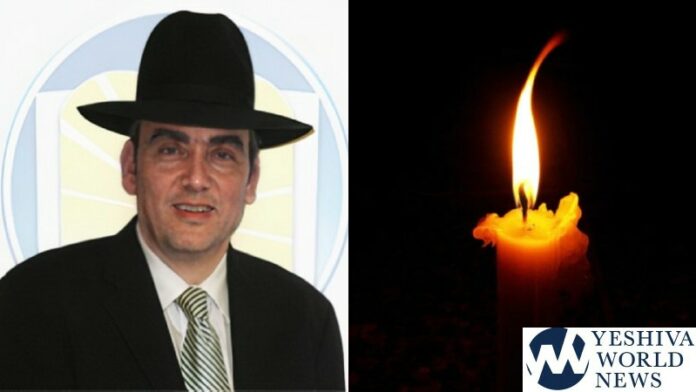 (by Rabbi Yair Hoffman for 5tjt.com)

There are no words to describe the loss and pain that the Far Rockaway Torah community is experiencing now, following the Petira of Dr Nachman Schorr ZT”L (60). As Rabbi Moshe Brown shlita said at the levaya yesterday, “We have lost the Crown Jewel of our community.”

Tehillim and tefilos were said in Jewish communities throughout the world, after Dr Schorr was hospitalized in mid-September in critical condition, suffering from COVID-19. It was uncanny how many people were davening for him. Yeshivos dedicated entire days of learning in his z’chus. This was a source of nachas to his aishes chayil and to his children.

Dr. Schorr was an optometrist that served the whole community. His chessed was extraordinary – refusing to take payment from the needy and doing it in a way in which they retained their dignity. He was a baal tzedakah and a remarkable anav.

But, perhaps most significantly, he served as a shining example of what a Baal habaas can be and can accomplish. Dr. Schorr went through shas – b’iyun at great depth, several times. He learned a morning seder every day and held his business hours only in the afternoons and evenings.  His accomplishments in learning were uncanny – passing the Dirshu test on shas with flying colors every month and donating that money – all of it – to a a needy family in Eretz Yisroel. He was a paragon of midos. He gave the Daf Yomi in the Agudah of West Lawrence shul and lived Torah.

Everything he did was through the prism of Torah and Shas.

Dr. Schorr zt”l had an international clientele – where people from Eretz Yisroel trusted him so much that they went to him for their glasses.

He built an extraordinary family as well. His children are role models of Torah, chessed and Avodas Hashem.

The audio of the levaya is a mussar sefer itself.  It is this author’s contention that no one can listen to it without being fundamentally changed.