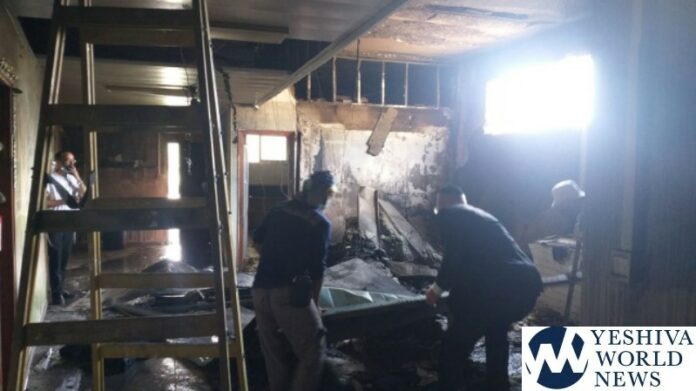 On Sunday morning, the Litvish Cheder in the city of Ma’alot in the Galilee burned down. Miraculously, there were no children present in the building at the time of the fire. More than 70 children learn in the Talmud Torah that caught fire for reasons unknown. Firefighters worked tirelessly to put out the blaze that destroyed the building in its entirety and after a few hours managed to extinguish the blaze.

An investigator with the Fire Department determined that the blaze was not caused by arson. The fire was originally discovered and reported by Thai workers who live near the Talmud Torah.

Parents were notified about the fire and told not to send their children to the area.

Investigators are looking into the possibility that the fire was caused by a faulty wire.

In the meantime, the community now lacks a place for the children to learn and it is expected that when the children will return to their studies that they will have to go to the local Shul in order to study there.