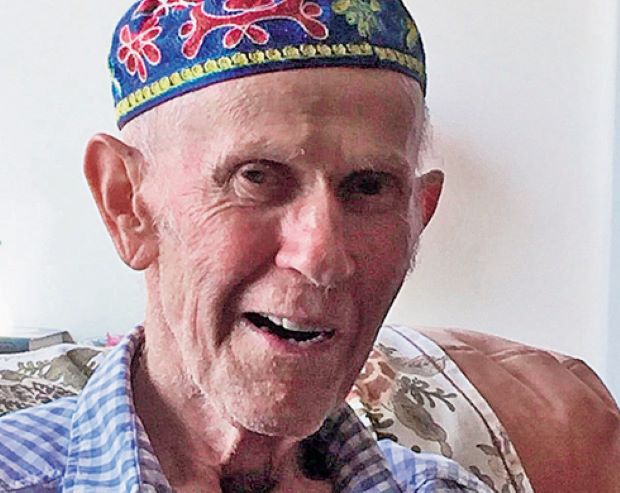 Ben-Tzion Hadar, a Holocaust survivor known as the youngest member of a group of children who escaped the Warsaw Ghetto and sold cigarettes near the Gestapo headquarters, passed away in Israel on Sunday at the age of 84 at Hillel Yaffe Hospital in Hadera.

Hadar’s story became widely known through the book The Cigarette Sellers of Three Crosses Square, which tells the astonishing story of a group of Jewish children who escaped from the Warshaw ghetto in 1942. The group of about 25 children aged six to sixteen kept themselves alive by selling cigarettes in Three Crosses Squares in Warsaw near the local Gestapo headquarters

The children banded together but refrained from speaking Yiddish to each other. They decided to escape to the Aryan side of the city and sell cigarettes near the Gestapo headquarters, reasoning that no one would guess that Jewish children would dare to hide out under the noses of the Nazis.

Joseph Ziemian, the man who later authored The Cigarette Sellers of Three Crosses Square, was a member of the Jewish Underground in Poland who chanced upon two of the children at a soup kitchen in Warsaw, eventually realizing they were the leaders of a large group of Jewish children attempting to survive in the heart of Nazi-occupied Warsaw.

“I understood everything at the age of six, when I fled the ghetto,” Hadar said in an interview with Channel 12 last year. “I think I understood more than the adults who deceived themselves that they could be saved. There was only death there.”

On the other hand, possibly due to his young age, Hadar said that he remembers his experiences as an “adventure, a daily battle of existence. I don’t remember that I suffered horribly because I was free all of the time.”

“The survival of a group of Jewish children in central Warsaw, which was full of German soldiers, was made possible not only by the daring of those children but also by their impressive solidarity, which was expressed in their concern for the late Ben-Tzion who was the youngest of the group,” said Prof. Chavi Dreifuss, the head of the Center for Research on the Holocaust in Poland at Yad Vashem.