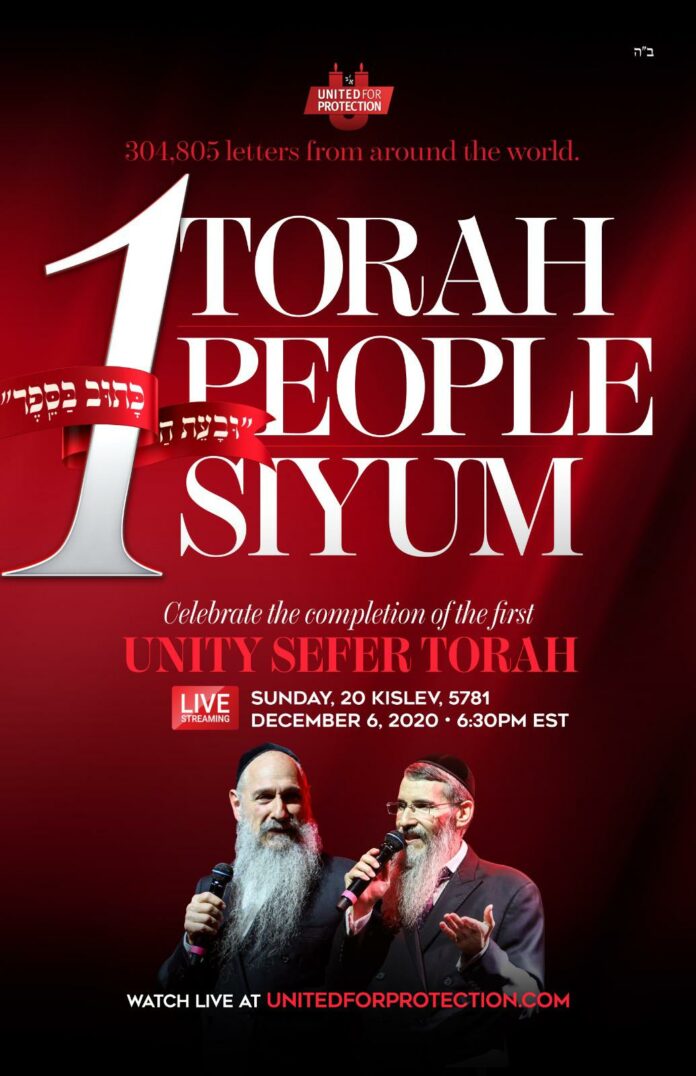 A grand celebration will take place on December 6 to celebrate the completion of The Miracle Sefer Torah, begun during the first few months of the worldwide pandemic.

The Torah was begun in an effort to end the pandemic by uniting Jewish people around the world, due to the now-famous story of the Baal Shem Tov’s instructions in response to an epidemic in the town of Mezibush. The excess proceeds raised are donated to Hatzalah.

The Torah quickly filled up, with 304,805 Jews of every background joining forces in an overwhelming display of unity, with every letter in the Torah being purchased in the name of a Jewish person from around the world.

During the month of Iyar, the final letters were allocated in the Torah, and organizers Shloime Greenwald, Beryl Junik and Zalmy Cohen launched the Hatzalah-thon fundraiser concert to raise funds for the Hatzalah organization worldwide and highlight the tremendous self-sacrifice of the volunteers around the world who were at the front lines during the height of the pandemic.

Soon, a second Torah was started, with Jews around the world still purchasing letters in the merit of their families and friends.

Next month, the first Torah will finally be complete, and will be dedicated in a grand celebration, to be streamed live around the globe.

The event will take place Sunday, December 6, 2020, 6:30 PM ET and will stream live on UnitedforProtection.com.

(Reprinted with permission from COLlive.com)