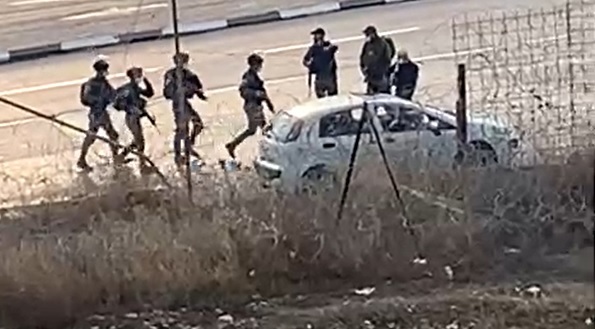 An Arab terrorist attempted to ram his vehicle into Border Police officers at the A-Za’im junction between Jerusalem and Maale Adumim on Wednesday afternoon.

The police officers shot at the suspect and neutralized him.

The terrorist was seriously wounded. He received emergency treatment at the scene and was evacuated to Hadassah Har HaTzofim for further treatment.

Fortunately, no other injuries were reported.