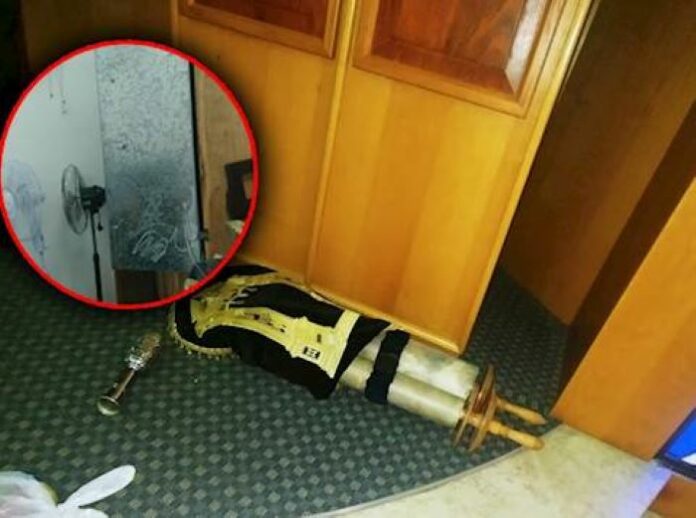 Two shuls in Petach Tikvah were vandalized overnight Sunday, with Sifrei Torah desecrated by being thrown on the floor, and money from tzedaka boxes and silver ornaments stolen.

The shocking incidents occurred at two adjacent shuls on Shlomtzion Street in the Kfar Avraham neighborhood of the city.

“As can be in the photo, the burglars weren’t satisfied with just taking money but also desecrated Sifrei Torah. Such an incident cannot be tolerated and Petach Tikvah security officials and the police will do everything possible to bring the despicable thieves to justice.”

In the video below obtained by B’Chadrei Chareidim, the Gabai of one of the shuls, who discovered the horrible scene, can be heard crying over the incident.