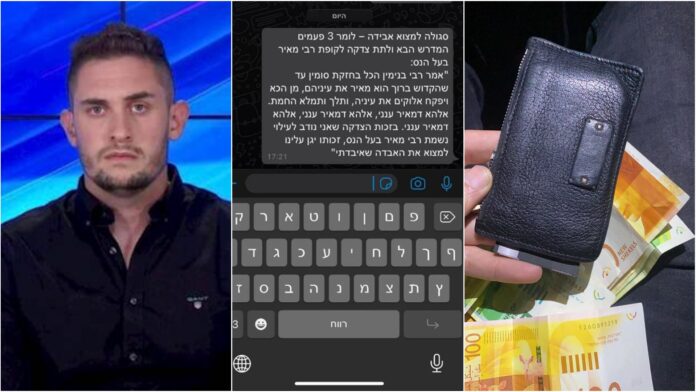 A well-known secular journalist in Israel, Yediot Achronot journalist Liran Tamari, posted on social media about an astounding incident he experienced on Monday.

“I must share this crazy story,” he wrote. “This morning, in central Jerusalem, I lost my wallet with credit cards, NIS 1,000 cash and my teudat zehut (identity card) in it.”

“I searched the streets for hours unsuccessfully. Then a friend sent me a tefillah for finding lost objects called ‘Amar Rebbe Binyamin.’ [I said the tefillah] and shortly later, I received messages on Facebook from people who found my wallet on the street with the money inside. Astounding!”

Tamari revealed further details about the incident to B’Chadrei Chareidim. “They found my wallet in parts on Rechov Betzalel. I had already lost hope in finding it and then a friend sent me the tefillah and I said it three times.” 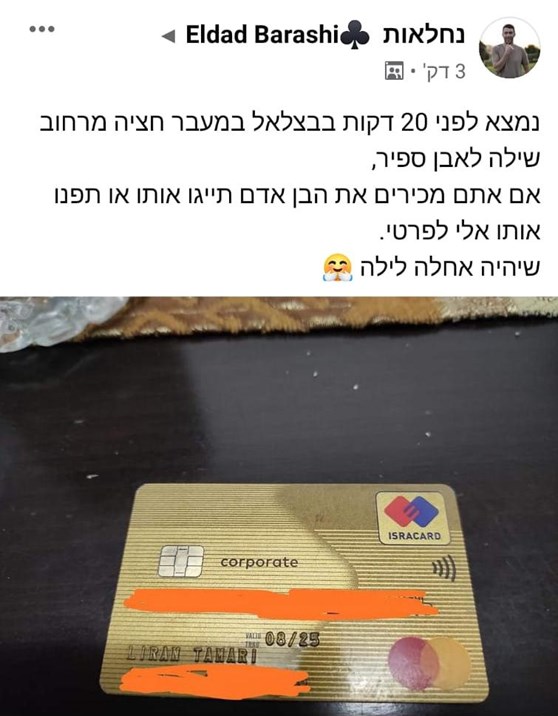 “I’m a maa’min, I try to put on tefillin” Tamari added. “I was depressed all day about the wallet. Then my friend reminds me of this tefillah and then suddenly I receive a flood of messages that my wallet was found in parts. Unbelievable.”