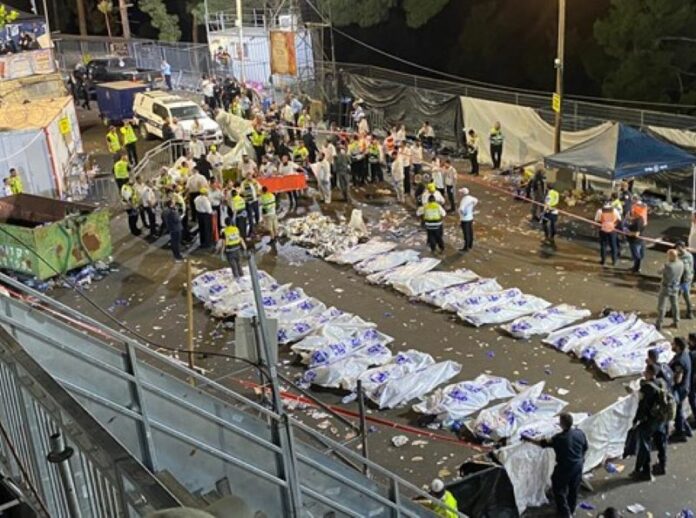 Terrible scenes and sights are being broadcast in the news, survivors are recounting what they witnessed, and countless people are grieving. Parents were bereft of their children, children were left yesomim, and wives were left almanos. Some of the injured will never completely recover. And many many witnesses to the scene will never forget the unspeakable images they saw.

Could this unprecedented disaster have been prevented? Unfortunately the answer is yes and the possibility of police negligence contributing to the tragedy is high.

More than one person recounted that they saw police block off one end of the passageway to prevent further crowding. The fatal result was that the people inside the passageway were crushed to death.

A statement from the Justice Ministry’s Police Internal Investigations Department (PIID) on Friday said that an investigation into possible police negligence in the disaster will be opened immediately. Police investigators have already been at the site to gather evidence and all videos of the disaster are being reviewed.

“A decision has been made for the PIID to immediately examine whether there are suspicions of criminal police negligence at the tragedy in Meron,” said Attorney General Avichai Mandelblit in a statement.

The incident was “a colossal failure of the Public Security Ministry and the police,” Labor MK Omer Bar-Lev said.

“It’s not yet time to point fingers until a thorough investigation is carried out of who is responsible for the worst disaster in state history,” said Otzma Yehudit chairman Itamar Ben-Gvir, who was a witness to the scene. “But one thing is clear: The police cannot investigate themselves. It must be an objective investigation.”

One witness from Beit Shemesh recounted incriminating information about the police in a radio interview: “The whole time there were people passing through and everything was going smoothly. Suddenly there was terrible crowding. I looked up and saw five police officers who were simply standing there and stopping people from passing. People begged, cried, screamed that they’re going to die, that they can’t breathe, but they didn’t open the passageway. Children were fainting in their parents’ arms. When the police finally allowed people through, everyone collapsed one on top of the other.”

Jerusalem Mayor Yossi Deitsch also blamed the police: “The police saw the crowding but didn’t take appropriate action to relieve it. Instead of opening an exit way, they threatened them with pepper spray.”