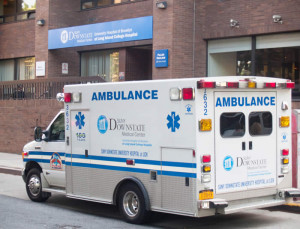 Long Island College Hospital in Brooklyn is set to start taking patients again Friday two days after the State University of New York ordered service to stop in its continuing push to shut down the financially-troubled facility.

But through protests, supporters have helped in the effort to restore normal operations.

SUNY, which took over the Cobble Hill hospital two years ago, says ambulances are also running again. The hospital plans on temporarily using doctors from other hospitals to make up for a shortage of specialists.

Supports have new determination thanks to the election of New York City’s next mayor, Bill de Blasio, who has not only joined the protest to keep LICH open, he was also arrested at a demonstration.

In many corners, this was the issue that propelled his campaign to victory.

Back in June, ambulance service was shut down. It was restored in September, but during the shutdown of emergency and ambulance service, other nearby hospitals complained about overcrowding.