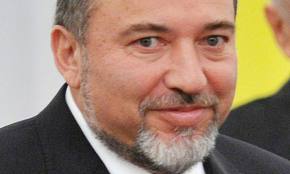 Prior to the announcement the verdict in his money laundering bribery trial Avigdor Lieberman received brachos from a number of prominent rabbonim.

Lieberman has a chareidi connection via some of his advisors, including Bnei Brak resident Avi Abuchatzera, a close aide to the former foreign minister.

“Baruch Hashem it is all behind us” Abuchatzera is quoted as saying after the verdict was announced. Abuchatzera told Kikar Shabbat Lieberman received brachos from a number of admorim and prominent rabbonim. He details that an hour before the verdict was announced Lieberman sent a personal messenger to get a bracha from HaGaon HaRav Chaim Kanievsky Shlita who was quoted saying “Don’t worry. It will be fine”. Abuchatzera adds Rav Chaim was supportive and reassuring throughout the process.

In addition, Lieberman sought a bracha from the Belzer Rebbe Shlita, who wished him success in the court process. Chabad askan Levi Edri is among the people close to Lieberman and he reported there were tefilos taking place at the rebbe’s tziyun on his behalf.

Edri explains that he traveled to the tziyun in NYC more than once or twice to be mispallel. Edri and Abuchatzera paint a somewhat different picture of Lieberman regarding his reliance on gedolim than most might expect.