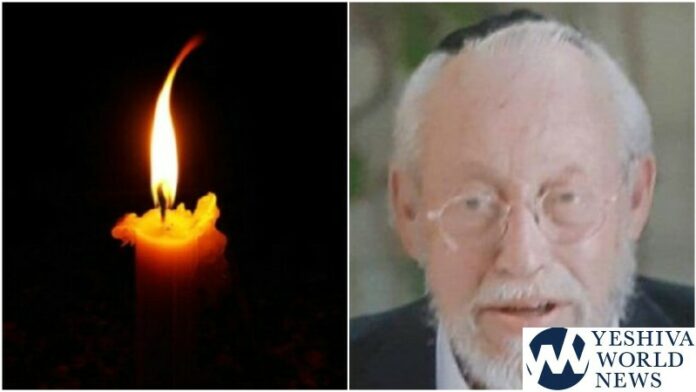 Reb Raphael Yaacov Blugrond, z’l, 75, who lived in the frum community in Baltimore for many years, fell to his death on Sunday night in northern Israel after apparently climbing a palm tree to pick a lulav.

The niftar was found on Road 90 between Kfar Korazim and Kfar Nachum.

MDA paramedics confirmed his death and ZAKA Northern District volunteers were called to the scene and tended to kavod hameis.

Reb Blugrond, z’l, was born and grew up in Tzfat and as an adult moved to the United States, where he lived in Baltimore for many years. He later moved back to Israel and settled in his hometown of Tzfat, where he was dedicated to the Ari shul, serving as the gabbai.

“A 75-year-old man apparently stopped at the side of the road to pick lulavim and fell from the tree,” said ZAKA volunteer Moti Cohen.

“When we arrived at the scene, we found that man lying lifeless next to a tree behind the guardrail with multi-system injuries. A MDA paramedic could do nothing but confirm his death.”

The circumstances of the incident are being investigated by the police. 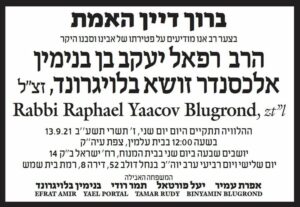