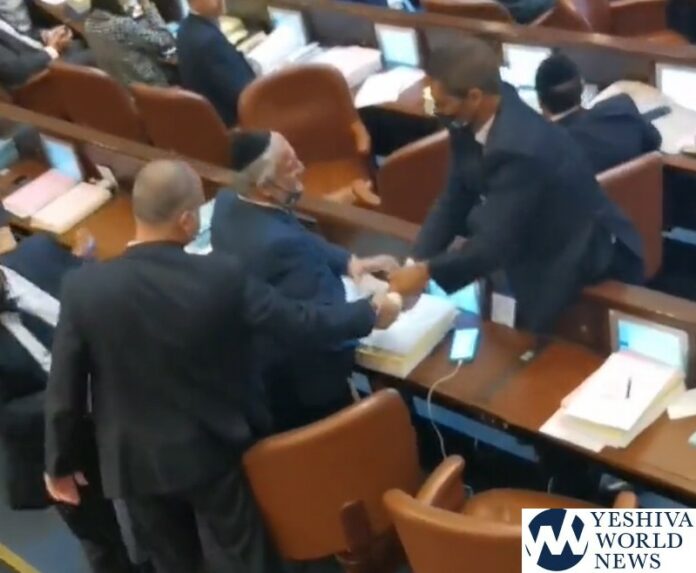 Shas MK Moshe Abutbul made cat meowing sounds during a speech on the state budget being delivered by Prime Minister Naftali Bennett, even pulling out a cat doll to illustrate his point.

Abutbul’s stunt was a reference to a clause in the state budget that would allocate 12 million shekels to neuter stray cats across Israel, a proposal that the opposition has repeatedly mocked.

“I don’t know much about cats. But this is the first time I’ve seen dogs give something to cats,” Litzman said.

SEE THE VIDEOS BELOW: