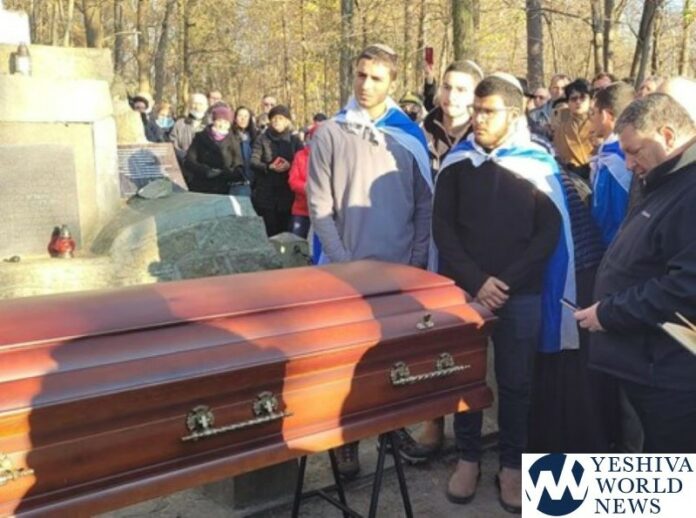 A tragic Holocaust story came to came to an end on Wednesday afternoon when a Jewish child Holocaust survivor who converted to Christianity was brought to kever Yisrael next to his martyred relatives in Poland who are buried in a mass kever.

Yaakov Tzvi (Hirsch) Griner, z’l, also known during his lifetime as Gregor (Grzegorz) Pawlowski, the Jewish bishop of Yafo, passed away last week and was buried on Wednesday in the Polish town of Izbica, where his mother, sisters and other Jews were cruelly murdered during the Holocaust.

Many priests from the church in Yafo and local Polish priests came to the levaya and the beginning of the levaya was heavily dominated by their presence. But Jews who traveled from Israel for the levaya and members of the Jewish community in Poland also attended and took over the levaya at the end, ensuring that it was in accordance with Jewish tradition and halacha.

Rav Shlomo Fischer and Rav Avraham Pines, who attended the levaya, told B’Chadrei Chareidim that it was extremely sad to see the clergy being part of the levaya but ultimately, the Jews took control and it was transformed into a full Jewish levaya.

One of the niftar’s relatives, Chaim Plezner, brought earth from Yerushalayim so that the niftar could be buried with the earth of Eretz Yisrael.

Reb Shalom Malul, the head of the Amit High School in Ashdod, who traveled from Israel especially for the levaya together with six of his students, played Ani Maamin on his trumpet as the niftar was being buried.

Meir Bulka, the head of an organization for the preservation of Jewish heritage of Poland, told B’Chadrei: “It was one of the most moving events I’ve been at in all my years of working in Poland. I didn’t know the niftar but as a descendant of Poles, I felt an ethical obligation to come to the levaya and fulfill the niftar’s wish to be buried like a Jew, next to his family.”