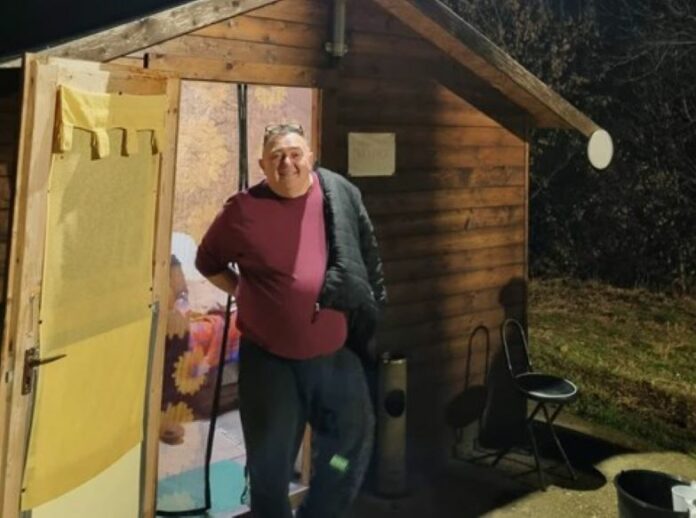 A group of 40 members of a Har Nof shul traveled to Eastern Europe and visited the kever of Rebbe Shaya’la ben Rebbi Moshe of Kerestir on Sunday night.

When the men got to the tzion, they saw a surprising sight: the non-Jewish guard at the site has a likeness of Rebbe Shaya’la tattooed on his arm.

The members of the group took a video of the guard, which spread quickly on social media.

A member of the group, Aharon Gatz, told Kikar H’Shabbat: “We’re a group of 40 friends that participated in a 40-day chizzuk program of not talking in shul for 40 days, together with our Rav, Rav Yosef Segal.”

“We were surprised when we saw the guard’s tattoo, who excitedly told us how much he loves the tzaddik and that’s why his son did the tattoo for him.”