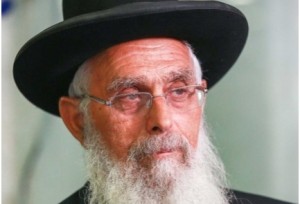 Ramat Gan Chief Rabbi HaGaon HaRav Yaakov Ariel Shlita is opposed to spreading dati leumi minhag permitting women to give a dvar Torah from the bimah in front of the Aaron Kodesh.

The rav’s position appeared in a response to a question appearing on The Yeshiva website. The question cited the occasional lack of modest dress by such a woman, including hair being uncovered, sleeves that are too short, “not to mention the length of her skirt”.

The person inquiring wished to know if it is permitted for one to daven in such a shul and simply walk out during a woman’s drasha or perhaps such an action would be offensive to the woman and be a chilul Hashem.

The rav responded that “There must be a separation between men and women during davening. There is no place for a woman to give a dvar Torah during davening, even if she is dressed modestly and certainly if she is not properly dressed. This is a chilul Hashem. Look for another shul.”