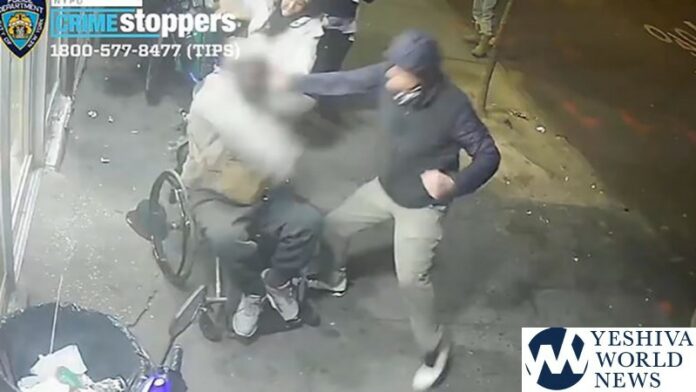 The NYPD is searching for a group of four people who violent beat a disabled man and stole belongings, as the city grapples with a stunning rise in violent incidents.

Police say the robbery occurred in the wee hours of November 8th in front of 267 Tremont Ave. in the Bronx, when the wheelchaired victim had a dispute with a female who was part of a group.

Three males from the group and the woman then begin punching him before dragging him out of the wheelchair, after which they continued to punch, stomp and kick him.

The group then ran off with the man’s backpack, which contained an iPhone and $800 in cash.

According to NYPD statistics, 352 robberies occurred across the city between November 8th and November 14th, representing a 30.9% increase compared to the same period of time last year.