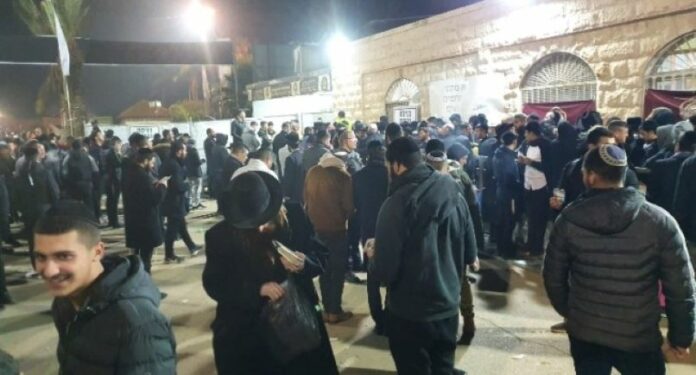 Following a storm of outrage after Israel Police banned the hilula for the Baba Sali’s yarzheit next week due to safety concerns, the police reevaluated the situation and announced on Wednesday that the event can be held in accordance with compliance with safety regulations.

Senior police officials held a working tour of the area on Thursday morning together with Netivot Mayor Yechiel Zohar, representatives of the Baba Sali Organization, the event’s organizer, and officials from Israel’s Fire and Rescue Services and Magen David Adom.

At the end of the tour, the police made a decision to allow the event to take place but emphasized that no entry will be allowed into the tzion itself but only in the compound surrounding it, and in accordance with COVID regulations that will be publicized by the Health Ministry next week.

Many Rabbanim and politicians slammed the decision to ban the event, pointing out that no other celebrations or events have been banned.