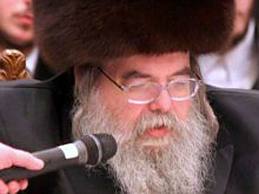 Former Shas leader Eli Yishai on Monday night the eve of 7 Teves 5774 visited with the Belzer Rebbe Shlita. The two met in private for over an hour. Details of the meeting were not released.