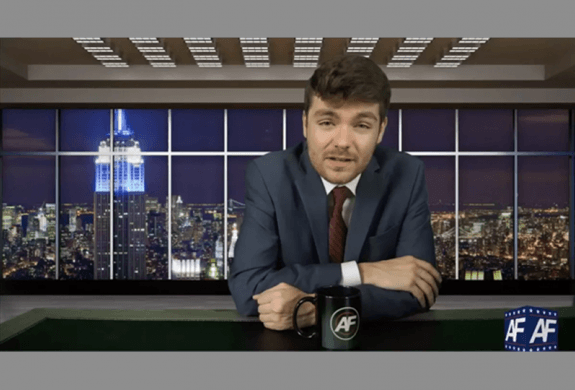 Marjorie Taylor Greene, the controversial Republican who has made a number of antisemitic remarks already, attended and addressed an event on Saturday headed by Nick Fuentes, an unabashed, virulent anti-Semite and Holocaust denier.

Greene and another Republican, Rep. Paul Gosar of Arizona, were at the America First Political Action Conference, an extreme far-right group organized by Fuentes. The event was to counterbalance the ongoing CPAC convention, with both events being held in Orlando, Florida.

“Now they’re going on about Russia, Vladimir Putin is Hitler… they say that’s not a good thing,” Fuentes said, adding “I shouldn’t have said that” while laughing maniacally.

After the event, Greene was pressed on her attendance, but claimed that she didn’t know Fuentes or what he stood for.

At what point do her excuses wear thin?