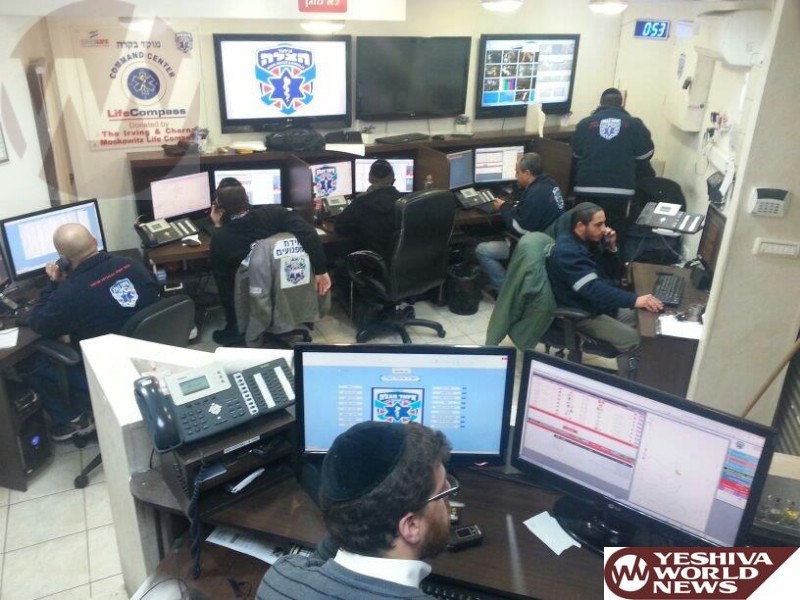 Ichud Hatzalah officials on Tuesday 14 Teves 5774 marked the end of Operation United in White, the 120 hours of continuous responses to calls for emergency and humanitarian assistance.

The operation entailed five days of round-the-clock operations beginning with the ‘1221’ emergency dispatch center, during which time the volunteer EMS organization logged 12,431 calls for assistance! 650 volunteers were involved in the operation, including physicians, paramedics and EMTs, delivering assistance in one form or another to thousands of people impacted by Jerusalem’s and the nation’s biggest winter storm in over 100 years.

Over 160 drivers stepped forward to volunteer their services, using their SUVs to respond to calls for assistance along with the organization’s off track vehicles. Ichud responded to calls in Yerushalayim, Betar Illit, and the Tzfas areas as well as the Jerusalem Convention Center which was set up to serve as an emergency station for storm refugees. Motorists extricated from their vehicle were brought there along with many residents unable to challenge the dark cold conditions in their homes without power. Dr. Joyce Morel headed the Jerusalem Convention Center medical team, treating many arrivals for different degrees of hypothermia, fractures and storm related injuries.

In line with the piskei halacha of the organization’s rabbonim, the operation continued through Shabbos, and during that time volunteers responded to calls throughout the capital, well aware that road conditions resulted in a serious delay in ambulance response times.

In a unique initiative from the Meuchedet HMO in Betar Illit, doctors in the city manned the clinic from Thursday night until motzei Shabbos continuously. Permitting Ichud volunteers to transport many patients to the HMO clinic in the city for treatment instead of having to travel to a Jerusalem hospital.

With the assistance of Jerusalem Deputy Mayor Rabbi Yisrael Kellerman the volunteers also distributed many heaters and blankets to the homes of the infirmed and the elderly. The items were donated by the Jerusalem municipality. In addition, volunteers on erev Shabbos delivered thousands of challos and rolls to stranded residents as the city’s largest bakeries; Angel’s and Berman’s did not deliver since their trucks could not get through the snow.

With the assistance of dozens of dispatcher volunteers, Ichud Hatzalah operated in sync with the Jerusalem Municipality emergency dispatcher as well as the frontline command center in the Latrun area. A line was kept open with the Ministry of Health too, resulting in calls to transport dialysis patients to hospitals. Needless to say there were also many calls for women in labor along with elderly and infirmed residents who simply needed to be removed from their homes because they were not capable of enduring the darkness and cold that prevailed. And of course, there were the standard calls for emergency care, and many falls and possible fractures due to weather conditions.

In the Shomron, volunteers were in contact with the Shomron and Binyamin Regional Council command centers, assisting many residents in a dire situation due to the lack of electricity, and in many cases without water and phone service too. In some cases, oxygen tanks were delivered to homes of chronically patients who were in a most precarious situation, if not life threatening.

Yerachmiel Blumenfeld of Telshe Stone was cited for working with the organization. Working with the local government arrangements were made to hire five SUVs to serve residents during the emergency. Residents in that Torah community were without electricity for four days or longer.

Volunteers from the Galil district were busy assisting in Tzfas, which was totally closed down by the storm. There were over 200 calls for assistance directed at Ichud Hatzalah in that northern city.

During the operation many visited the dispatch headquarters in Yerushalayim including Rabbi David Yosef Shlita, Deputy Mayor Kellerman, and Rabbi Tzvika Cohen.

Today the sun shines in Yerushalayim and the snow is melting. Bus and light rail service has resumed and buses are once again running in Tzfas. Almost all homes are back on the electric grid. For the volunteers of Ichud Hatzalah, the return of clear skies permits a bit to time to sit back and reflect, catch up on some sleep and of course, to continue responding to emergency calls. 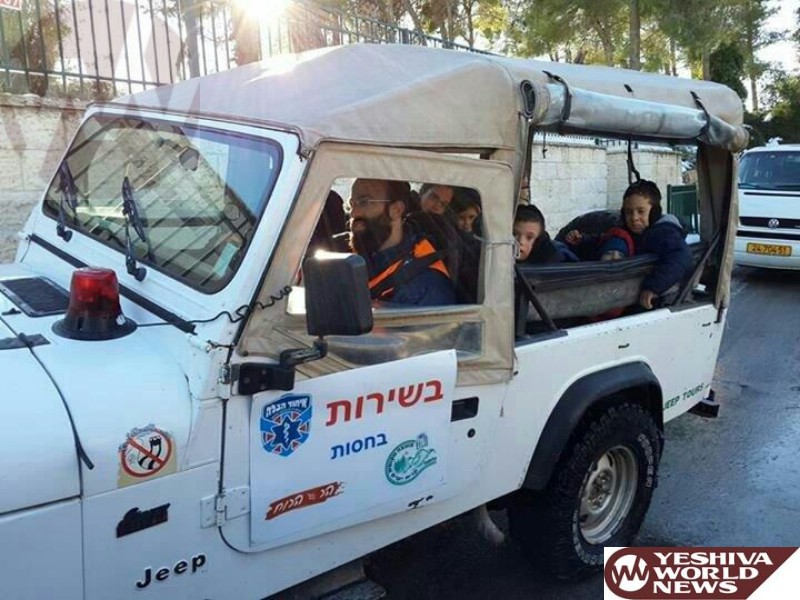 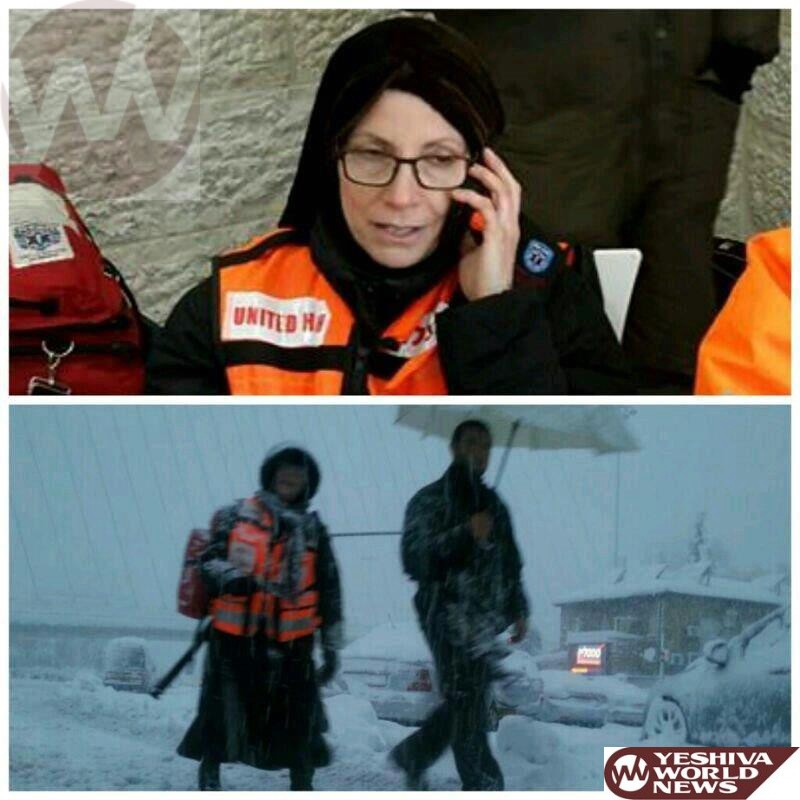 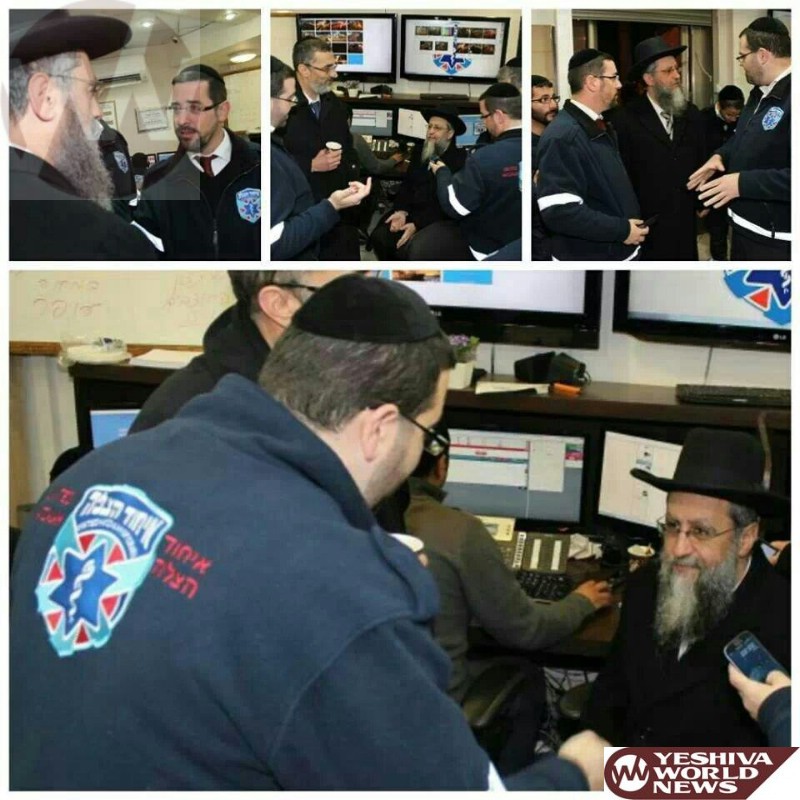 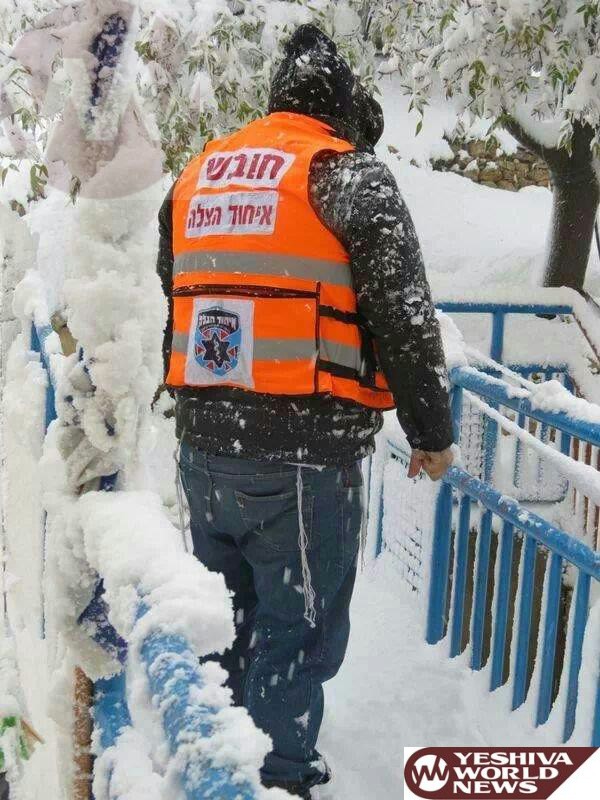 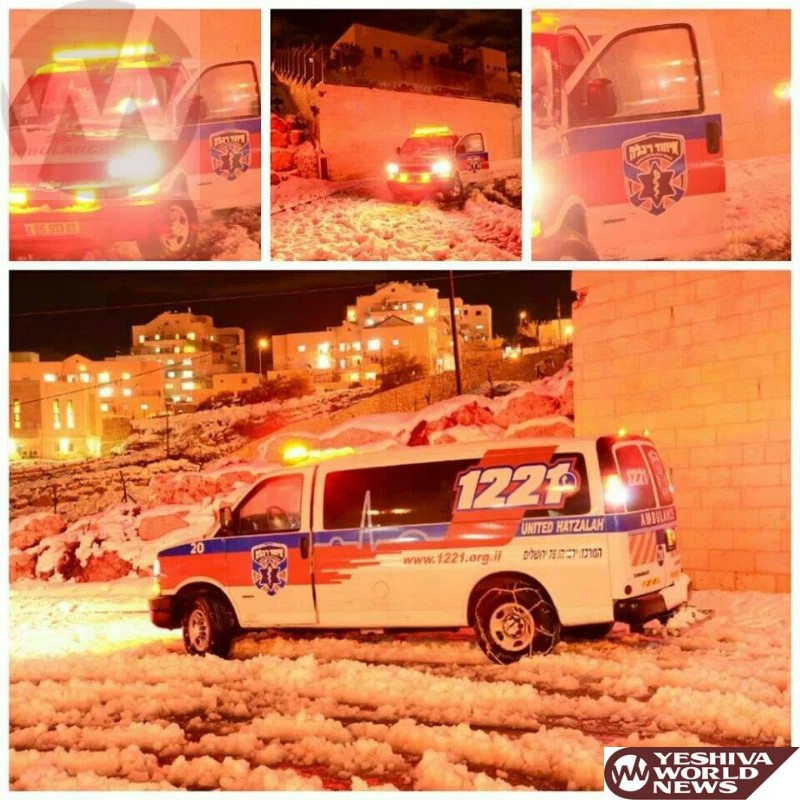 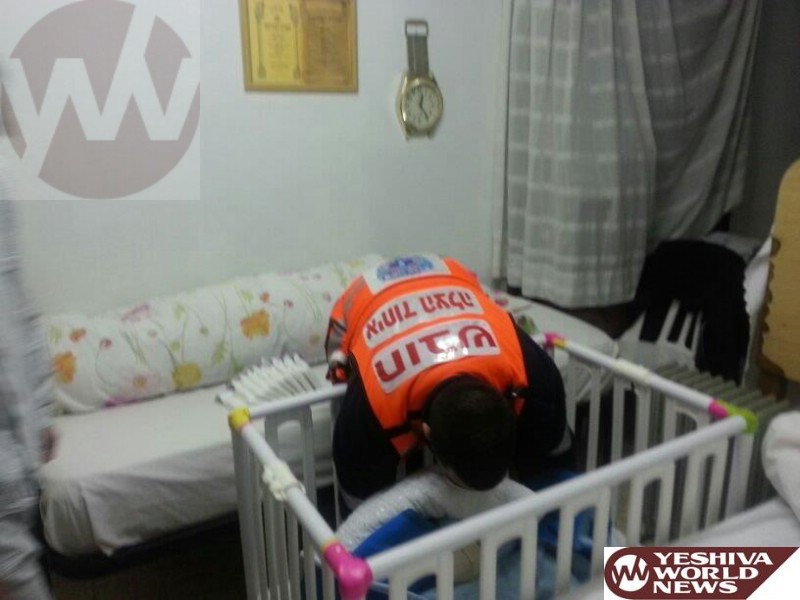 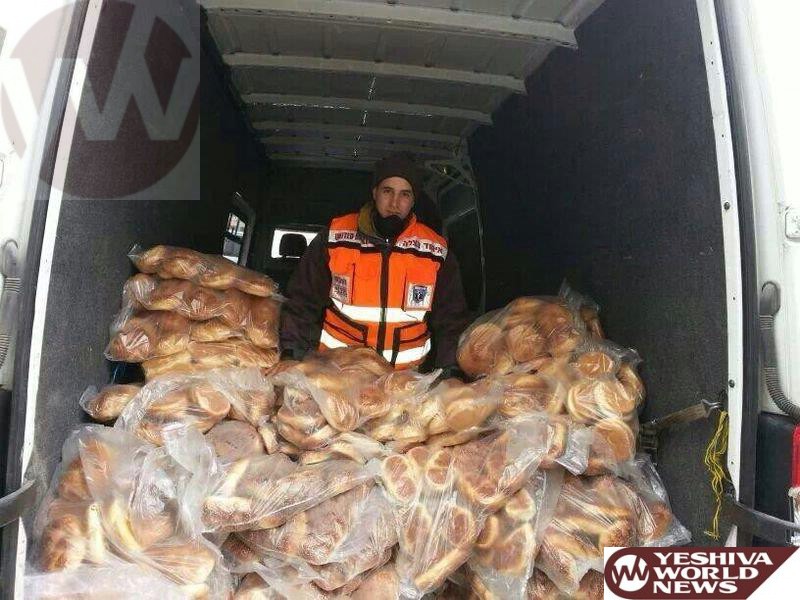 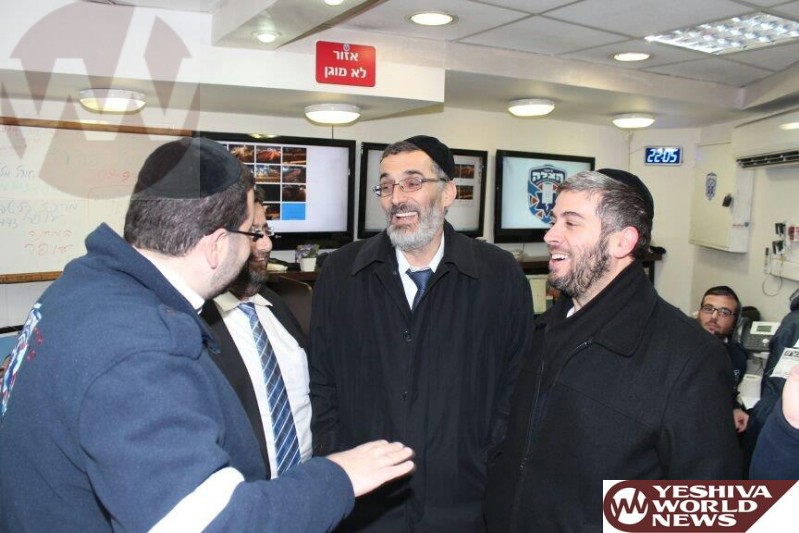 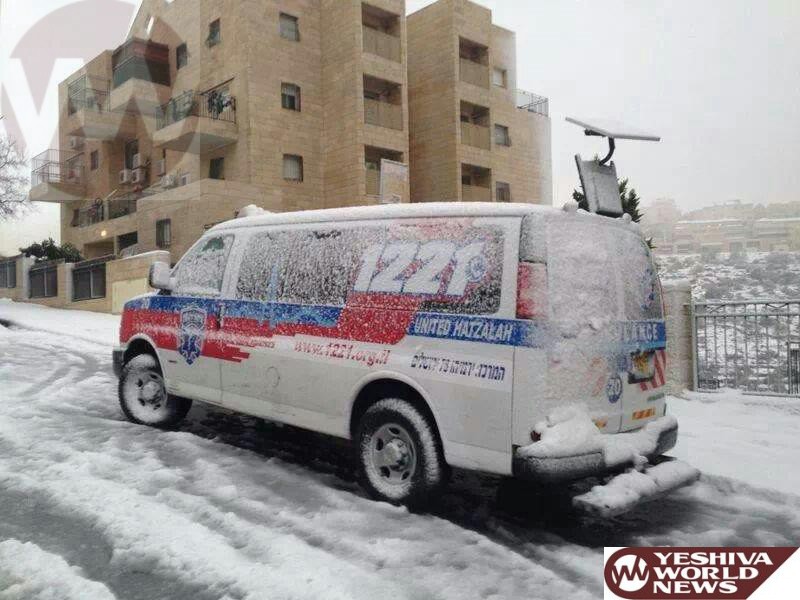 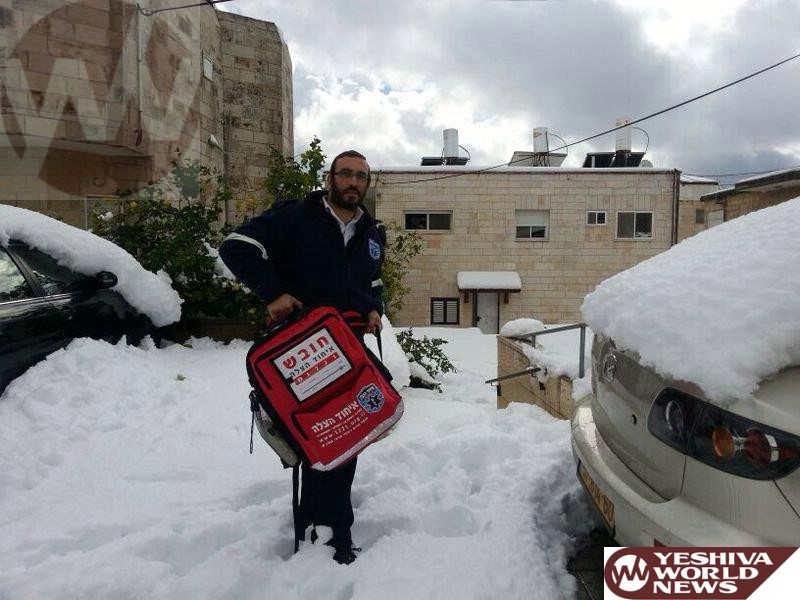 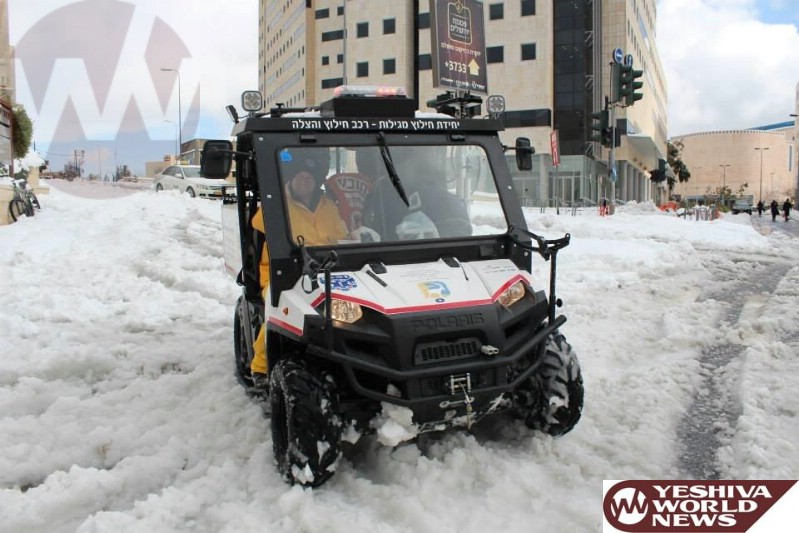 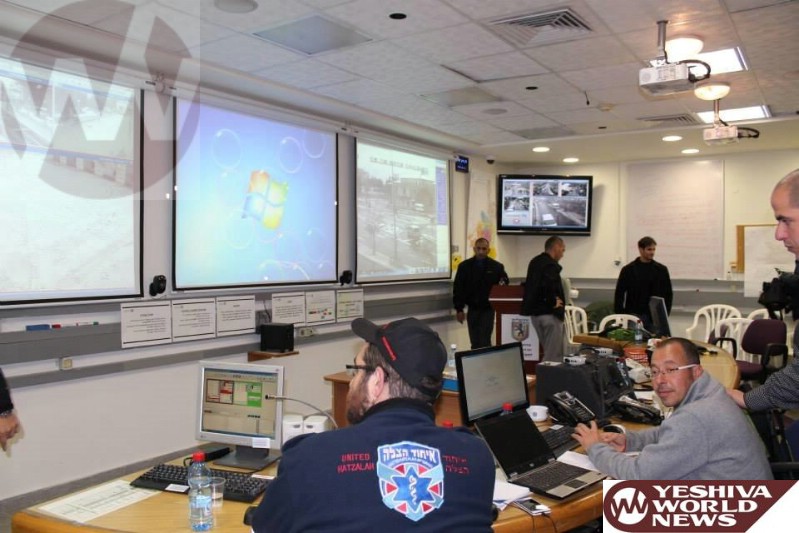 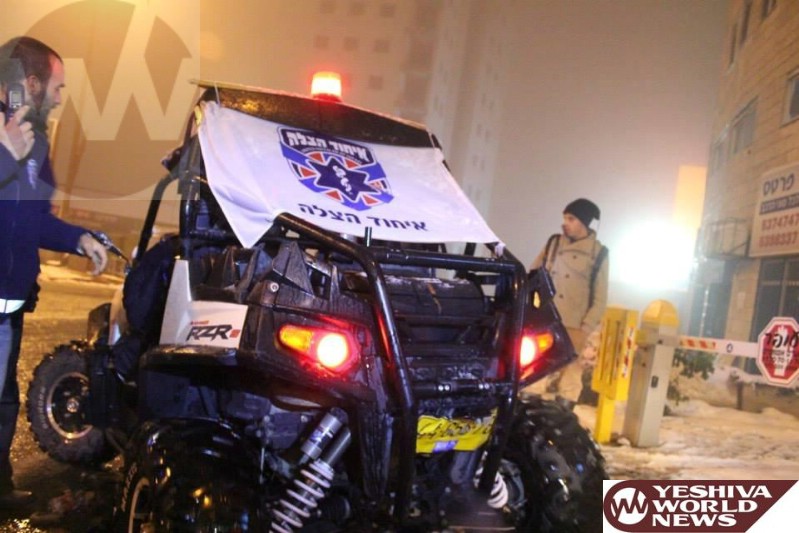 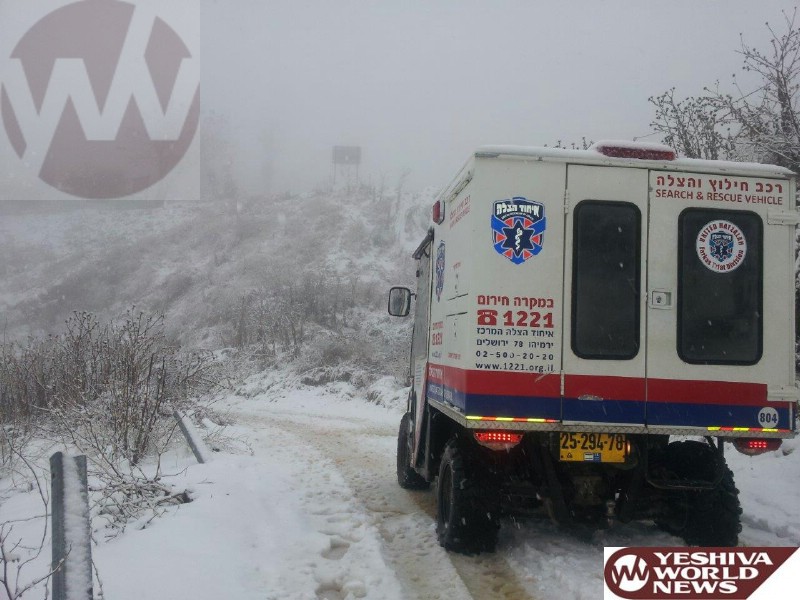 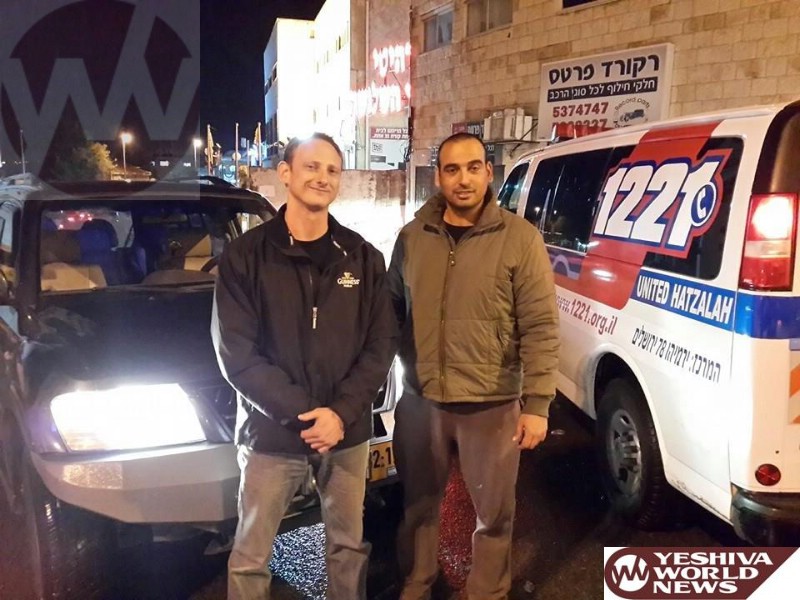 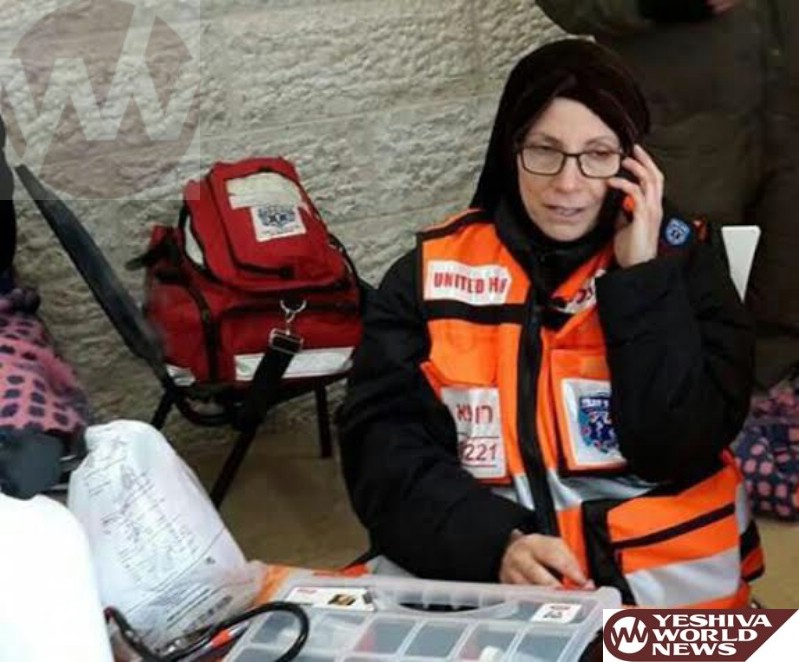 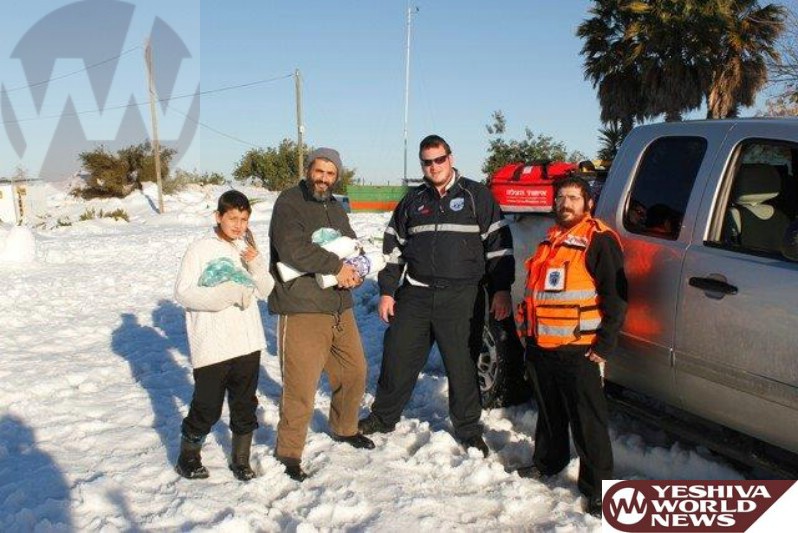