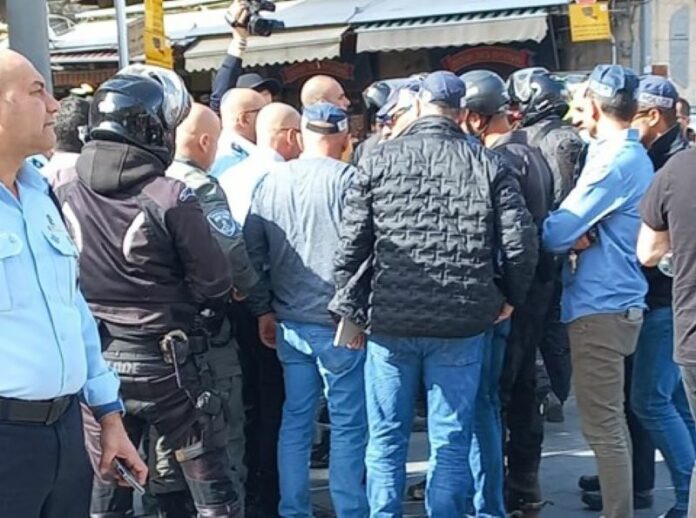 The incident is believed to have been a criminal incident rather than terror-related but the investigation is ongoing.

A preliminary police investigation into the incident revealed that the incident began when the police received reports that Arab suspects from east Jerusalem were acting suspiciously as they got off the light rail near the Machane Yehudah shuk.

Police forces who arrived at the scene were violently attacked by the two suspects, with the Arabs punching and trying to choke the officers. One of the officers fired at the Arabs’ lower bodies, who were lightly injured. They were then detained and evacuated for medical treatment.

One police officer was lightly injured during the incident.

Following the incident, the Jerusalem light-rail service in the area was temporarily suspended.

There was also a drama in Kiryat Malachi on Wednesday morning. The police were conducting an operation to locate illegal Palestinian workers in the city, in the course of which one of the workers escaped. A police chase ensued and extensive searches were carried out by a large number of police officers along with searches from the air via a police helicopter. Shortly later the suspect was arrested.

Seventeen illegal workers in the city were arrested.