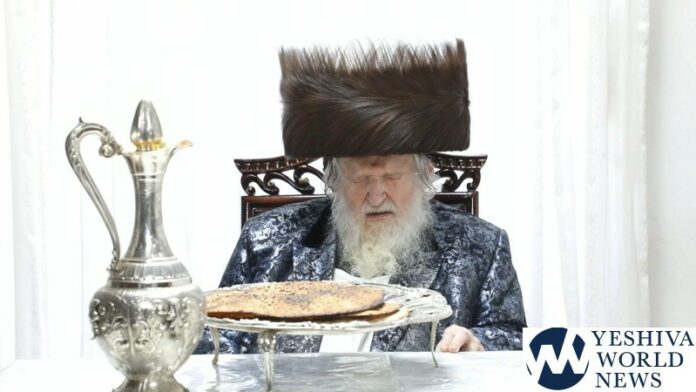 A story about the power of a Gadol’s words is making the rounds in Har Nof after a resident asked for a bracha from the Posek HaDor, HaGaon HaRav Moshe Shternbuch, and received a promise that was far beyond what he even dreamed of.

The story began last Pesach when a Har Nof resident visited the home of HaRav Shternbuch and expressed his worries about his two children, a son and daughter, who were getting older and not having any success with shidduchim.

HaRav Shternbuch listened patiently but then responded: “You don’t have other children in shidduchim? You just have two?”

Surprised, the man responded that he also has twin sons but they haven’t started shidduchim due to their older siblings.

HaRav Shternbuch closed his eyes for a minute and then declared: “By the last day of next Pesach, they’ll all be engaged.” The man, who had come seeking a yeshua for his oldest two children, was shocked by HaRav Shternbuch’s answer but eagerly awaited a yeshua.

A few months after Pesach, his older son and daughter both got engaged and the family rejoiced at two weddings, one after the other.

The story ended when shortly before Pesach, the other twin, the fourth sibling, became a chassan.